Our taps are drying up — some of them were drilled on 03 February. The weather is getting warm; a few trees have leafed out. Our maple season is coming to a close. We’ve got more than five gallons of maple syrup canned:

Well … it doesn’t look like school is going to resume until, possibly, August. Maybe not even then. Our district’s go at distance learning has been quite lacking — they’ve basically taken three weeks off to (hopefully) sort out some content to complete the year. I wanted to get Anya a bunch of books — she doesn’t enjoy e-books in spite of the fact we’ve got an endless supply from the local libraries. She likes physical books. I do not like blowing fifteen or twenty bucks on a book … so that’s not going to work out well 🙂

I remembered Book Outlet, where I got her Lucy and Andy books (they have a referral program – 10$ off your first order of 25$ or more and I get a bonus 10$) — I went through their entire collection of not-yet-teenager books and ordered 43 books for about 150$. That’s about 3.50$ per book, mostly hard covers. There are some reference books, drawing instruction books, science experiments, maker ideas, programming books, and a lot of fiction books to try out. I even found a book about urban animal rescue — she’s rather enticed with the idea of being a vet and rescuing wild animals. This will be a great supplement to whatever the school puts together for the remainder of the year. (I also picked up a 2nd and 3rd grade curriculum — additional work for the remainder of this year and something for the summer).

I came up with a bunch of science experiments for Anya’s covid not-a-break. Some are really straight-forward, some are open-ended design challenges, and some are pretty tricky. I thought the potato powered LED experiment was straight-forward. A list of materials, step-by-step instructions, and a clear visual product. Except … one potato generated like 0.8 volts. Cut the potato in half, get some extra clips, and we’re up to 1.6 volts.

I’d read about a research project where energy production was increased by using a boiled potato … I needed to make lunch anyway, so I boiled a bit of potato. I also microwaved another bit of the potato — so we’ve got two raw quarters, a boiled quarter, and a microwaved quarter. All four produced about 0.8 volts. In combination, this was enough to light up an LED.

Reading the article, it looks like Wh capacity is what is increasing … not output voltage. Connecting all four quarters (plus finding more pennies, nails, and clips) produced enough power to light up our LED. Now we’re seeing how long the potato-powered LED lasts. From 3PM on 24 March 2020 until … well, it needed to get cleaned up on 26 March as the potatoes started getting dodgy.

Rules for the Zombie Apocalypse:

Also, Anya is working on a plan to train the raccoons to defend our property.

The great toilet paper run of 2020 … may not be panicked hording the way it is portraits in the media. I work from home, but Anya is in school (well, was). And used the bathroom there a few times a week. Back when I worked from an office, I used that bathroom once or twice a day. That’s somewhere between a 30 and 50 percent increase in home bathroom usage. Per person, per weekday.

Food is apt to have a simialr shortfall – kids aren’t eating lunch at school, uni kids are staying home, office workers aren’t going out to lunch. Plus people at home have more time to make breakfast … So goodbye eggs at the grocery store.

Now, if I am right, that means there’s a surplus of the one-ply commercial stuff no one likes. There’s not a shortage – there’s a surplus in the commercial supply sector and a corresponding shortage in the retail one. Which is a lot easier to solve – check out Staples or online warehouses that specialize in office supplies. And restaurant supply centers may welcome smaller scale orders. 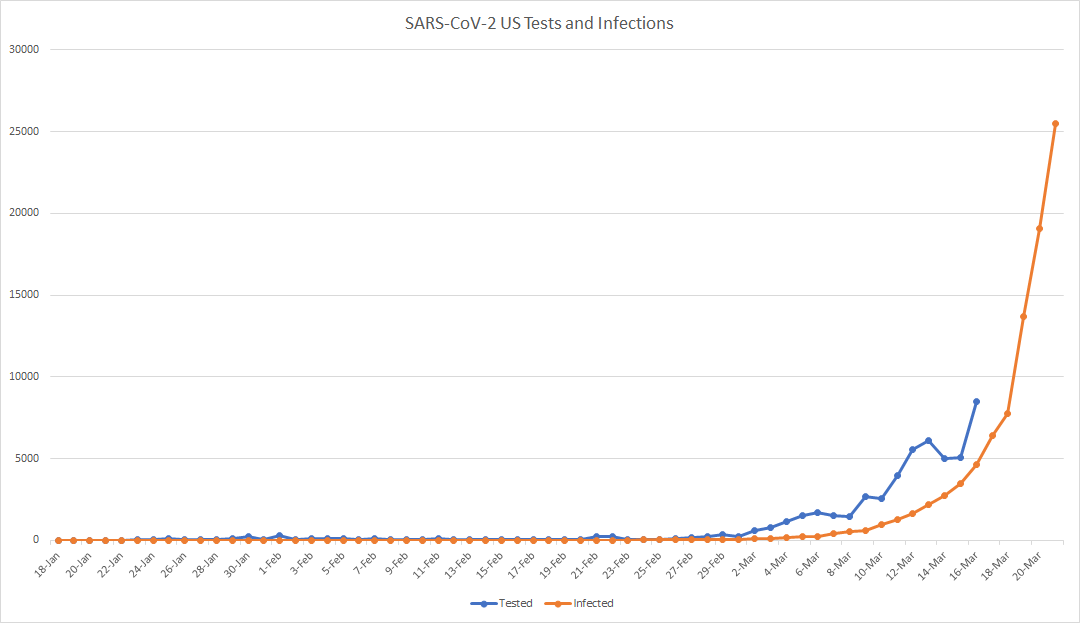 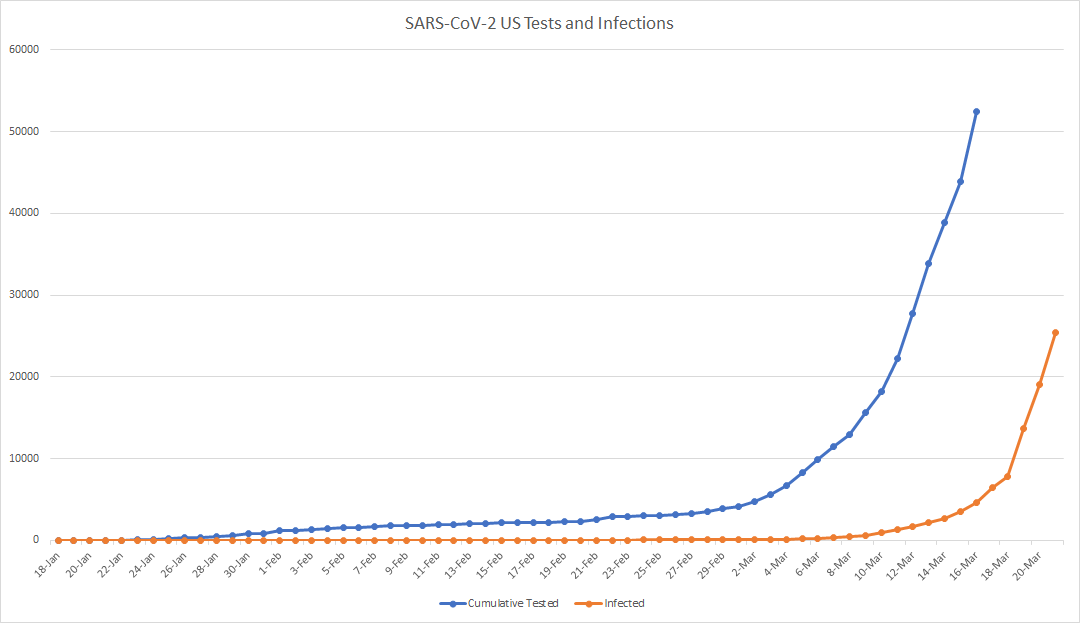