We’ve evidently had a problem with our thermostat not properly reporting humidity, so our HVAC was not maintaining the desired humidity level. The installer replaced the thermostat last week, and we’ve gone from 60% to 49% relative humidity downstairs. We’re intentionally keeping the lower level cooler than the upper — there’s a lot of solar heating even with curtains drawn. And, well, relative humidity is relative to temperature. So our 60% was more like 50% upstairs … still high. Our 49%, though, is 39% upstairs. And for the first time since I started making my own soap, my skin is a little dry. So is Anya’s. We can just slather on some coconut oil — it melts in your hand and absorbs fairly well — but I wanted to try something a little fancier. And I happened across a good deal on shea butter a few weeks back, so whipping a combination of shea butter and coconut oil seems like a winner.

Leaving aside if Twitter as a platform should be a valid communication method for policy changes in the federal government, the actual content of Trump’s tweet — if we are banning transsexual individuals from serving in the military because of medical expenses … wouldn’t it make more sense to reverse the policy of covering said medical procedures in the military health care plan? While they’re at it — if they want to save money on health care — stop covering all sorts of other non-essential medical care too. Like, say, ED treatments.

I am not sure what to make of the legislative process when there are Senators willing to vote for a bill if they get assurance from the House that said bill will not pass over there. That they would hold a vote on a significant piece of legislation without providing adequate time for Senators to read it. And I know exactly how much the opinion of constituents matter given the amount of time between the release of the bill and the vote. 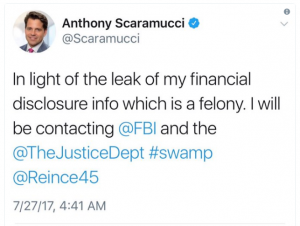 Real Fact: Much like the “leak” regarding an employee’s termination where the leaker was Scaramucci himself … the “leaked” financial document was a public record completed by … Scaramucci. At some point, is this dude going to have to fire himself?

When taking a position in an administration that goes on and on about witch hunts, undertaking one’s own witch hunt is, in and of itself, a rife with risk. But in a witch hunt for leakers, maybe one should undertake extensive research to verify that they themselves are not the leaker in question.

Trump is reportedly threatening Alaska, hoping to garner enough votes to pass something health-care related. No matter how bad the bill might be, no matter how it may impact *his* voters, no matter how much money it will end up costing everyone (great, I save 20$ in taxes but I’m spending 20k on insurance each year instead of 6k).

I’m reminded of every bad mafia don show ever made — that’s a really nice building you got there, be a shame if something happened to it. The president has become this caricature! That’s some really lucrative mining we’re planning to approve for your area. Be a shame if someone lost this approval form.

Goofiness aside, this (if true) is the most frightening report to come out of the nascent Trump presidency. Well, maybe not the most frightening. That dubious honor, thus far, goes to Michael Lewis’s nuclear threat piece in Vanity Fair. I have to categorize the potential for nuclear destruction due to administrative ineptitude and malfeasance as worse than the breakdown of the entire system of American governance. Despite coming in a close second to nuclear annihilation … why in the world is there not an investigation into Trump’s strong-arming of Alaska for votes?

I finally found someone who perfectly summarizes my awful experiences in risk management. Michael Lewis, in an article in Vanity Fair magazine, says “People are really good at responding to the crisis that just happened, as they naturally imagine that whatever just happened is most likely to happen again. They are less good at imagining a crisis before it happens—and taking action to prevent it”.

My experience goes farther — undertaking the academic exercise of imagining different variants of previous crises and hypothesizing unique scenarios … you get told you’re going down a rabbit hole. Wasting time. Talking about such an unlikely set of circumstances.

That’s the point! If it were a likely set of circumstances, then it would have happened already. Or there’d be mitigation in place already to prevent it. Shoving a bunch of explosives up your bum and greeting some head of state was absolutely crazy … until someone tried to do it.

Back when gays were banned from the military, I figured there was either an implied belief that we would never need to draft soldiers again or a big ‘*’ following the ban. Because unless they’re requiring video evidence of your disqualification, I’d happily claim to want to do chicks to avoid becoming cannon fodder. Hell, even if they demand evidence, I would do another chick to avoid being drafted. Became a moot point when the ban was lifted. And then came Trump.

Now trans individuals are banned from the military, can you instantly avoid conscription by claiming to be trans-gendered? The technical definitions I’ve seen are based on internal experiences and feelings – there’s no requirement to undertake reassignment surgery or ingest hormones. Which also brings into question the flimsy “their medical expenses are exorbitant” argument.

Beyond the actual maybe-a-policy-change that has been made, are tweets now considered official statements of government policy?! Or Trump’s got absolutely no intention of actually implementing the policy and just wanted a bunch of bigoted supporters to go back to loving him. 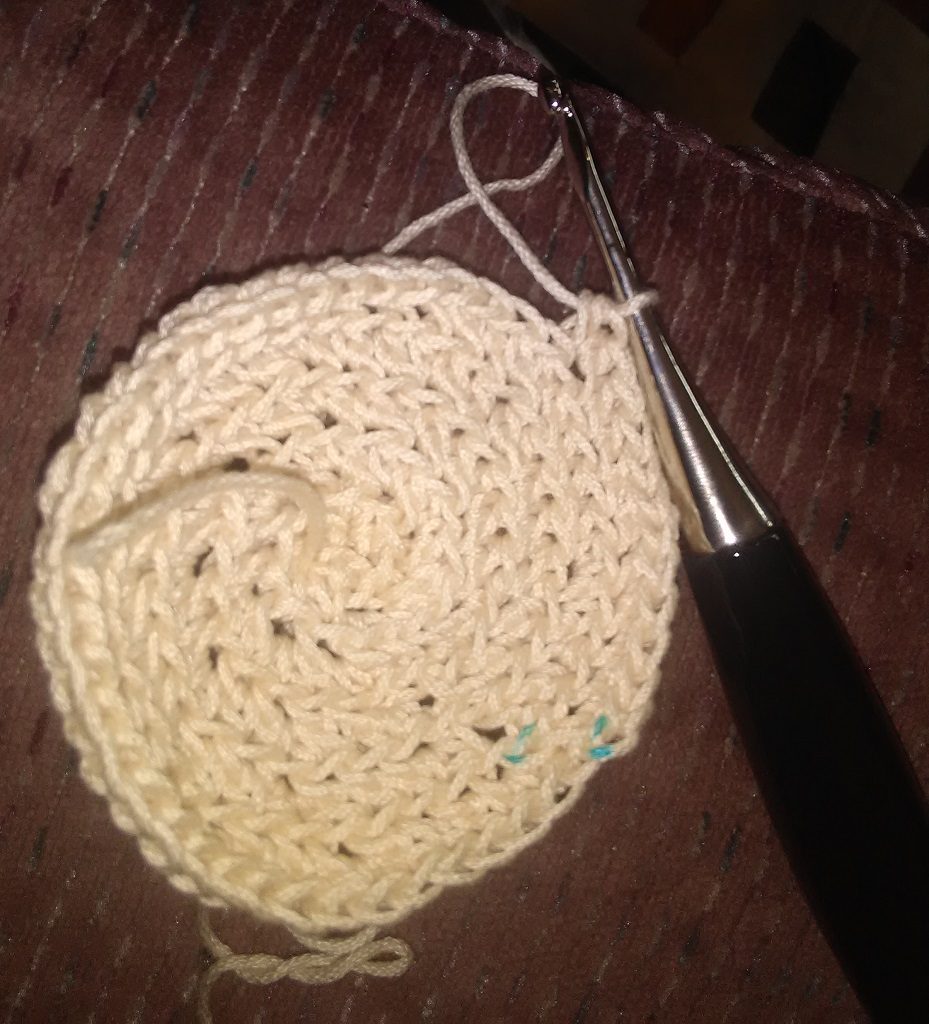 The new press guy @ the White House told the press he was planning Michael Short, and then seemed dismayed that the press somehow knew the fellow was being fired before it happened. Goofy, really, but not the worst thing the Trump admin’s going to do this week. What struck me, though, is the way Scaramucci expressed his displeasure. “The fact that you guys know about it before he does really upsets me as a human being and as a Roman Catholic. You got that? So I should have the opportunity if I have to let somebody go to let the person go in a very humane, dignified way”.

Not saying I disagree with him – there are some things that should be done in person and without previous publicity. There’s a reason victims names are withheld until family is notified. There’s a reason texting someone to break up with them has such a bad reputation. And there’s a reason that James Comey delivering a speech while seeing his termination broadcast on national television was such a horrifying way to fire someone. The juxtaposition made Scaramucci’s complaint extra ironic.

We found a free, open source code editor from Microsoft called Visual Studio Code — there are downloadable modules that include formatting for a variety of programming languages (c#, cpp, fortran), scripts (perl, php), and other useful formats like MySQL, Apache httpd config files. It also serves as a GUI front end to git. And that is something I’ve been trying to find since I inherited a git server at work — a way for people to avoid having to remember a dozen different git commands.