I’m eternally hopeful that a viable third party will emerge from the chaos that is the American political landscape. Movements with sufficient momentum (e.g. the tea party who think taxation with representation is just as bad as taxation without) get absorbed into one of the two traditional parties. And while I am still certain a viable centrist party would provide a truer picture of American’s actual will, the Republican primaries serve as warning against dividing the electorate among dozens of parties.

In the UK, there are hundreds of parties. A good dozen of them are represented in Parliament. But there’s no national vote for Prime Minister – if no party garners a sufficient majority in Parliament, then parties agree to work together (a coalition government) until a sufficient majority is created. And failure to abide by the agreement can force a PM out of office. Unless a plurality of Britons chose to elect the same party, the most extreme views of any party are tempered by the views of their coalition partners.

In the US, however, there is a nation-wide vote for head of the Executive branch. What would an American election look like with a dozen viable political parties? The Republican primary has shown us – last cycle and again this year. The lesson from last cycle is that a dozen people researching and publicizing the worst about each other diminishes them all. If half a dozen people spent six months digging into every single action or interaction you’ve had in your lifetime and assembling a worst-of list … I doubt anyone would look good. But this year the lesson is more dangerous — splitting your electorate in so many pieces allows an individual who is not the majority’s preference … a charismatic individual, an individual with divisive enough views to appeal to a “their” segment and  a small fraction of other voting segments … to win the election. If 120 million people vote in the presidential election, but split their votes across a dozen parties, someone could win with thirteen million votes. 89% of voters don’t want the person in office, but there they sit.

I still wish for a viable centrist third party, but many party systems are probably best left to Parliamentary systems.

ColorBlends (one of my two favorite places to buy bulbs) was having a pre-season sale … and here are the bulbs I’m ordering for Autumn planting. When Old House Gardens has a sale, I’ll add some more heirloom bulbs too … but all of these should naturalize.

We have some tulips blooming! 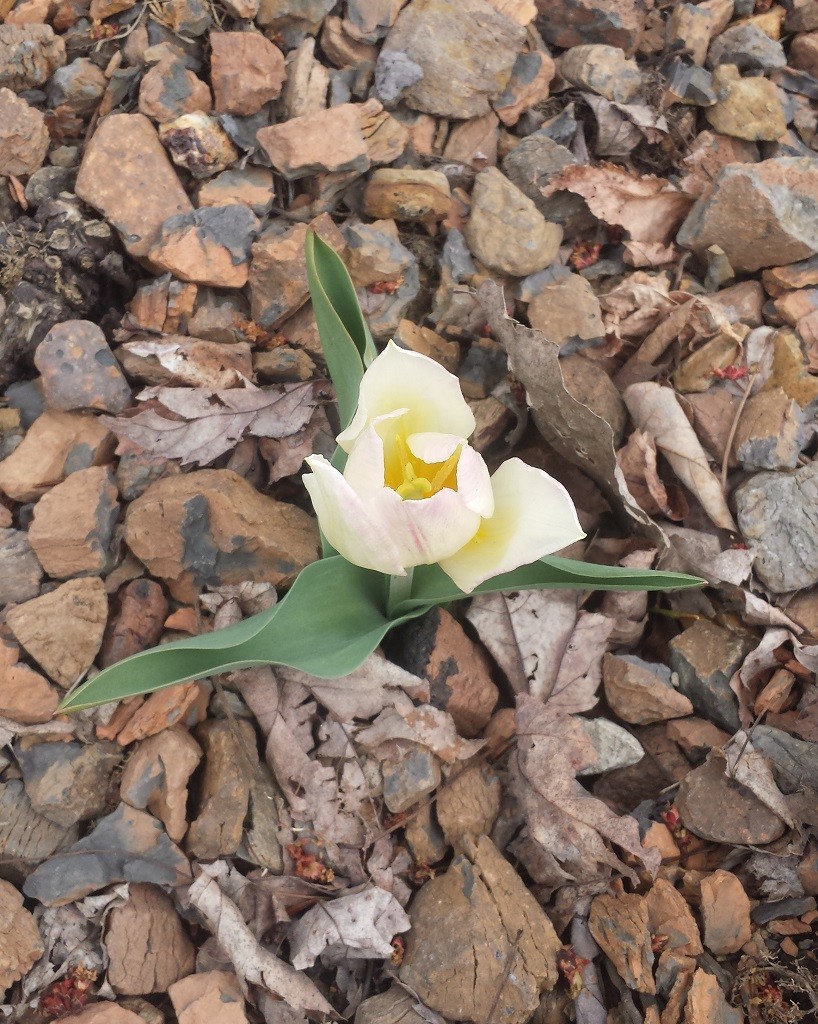 There have been wild temperature fluctuation, so we haven’t actually gotten plants into our greenhouse yet! But there have also been some MAJOR wind storms – 50+mph – and I can say the structure is holding up well. I had to add some binder clips to each support – four wasn’t enough and they’d pop off as the plastic would get blown around. Which meant we had several binder clip scavenger hunts – but adding a few extra clips seems to have alleviated this issue.

The other problem I’ve experienced is that one side would get pulled out from the mulch & bricks that were holding it down. Temporarily solved this by using soil instead of mulch on that side to hold it all down, but I am certainly going to buy a greenhouse plastic that is two feet wider. It would be easier to mount the material along the side if there was more overhang.