We’ve saved seeds from the garden (and seeds from both ground cherries and hot peppers that we picked up at the farmers market) that will make up much of our garden this year. I purchased a bunch of flower seeds to expand the bee garden, and a few new vegetables. And I really hope to get asparagus established this year!

We’d talked about joining Costco for years — a new store was built not too far from my office, and they had a membership promo. It was rather far away from our house; and, without checking it out first, hard to tell if it was a good deal. Especially without storage space for, say, a gallon of lemon juice. As we’ve been producing more at home — vegetables, meats — we’ve also gotten a lot of storage space. Loads of canning jars, chest freezers, vacuum sealer, shelves. So the idea of buying twenty pounds of apples is now appealing — can a bunch of apple sauce and apple butter 🙂

So, on Friday, we went out to Costco and got a membership. They’ve got a lot of stuff. Unfortunately, we were there about an hour before closing (why in the world would a company have limited hours on the weekend?!) and didn’t get to check out everything. Lots of electronics — a big TV that Scott would have loved to get. A couple of mesh WiFi systems. Fridges (not the one I want to get, unfortunately). And the expected huge containers of foods. Stuff I have a hard time finding in the grocery store too — they never have thick cut pork chops, so I end up getting a whole loin and cutting my own. But there were really nice 1″+ chops sitting right in a cooler. A tasty looking kale pesto. And a huge bag of frozen mango chunks (also a similarly huge bag of blueberries that I hope to not need in a year or two once our bushes start producing!). The coolest thing was that they’re loaded up with organic options (that are generally cheaper than the non-organic variety at the grocery store).

We also learned something about pickup trucks. They are great for hauling home the materials to build a chicken pasture fence. They’re great for hauling chest freezers. They are not great for bringing home groceries … I get why people have those tarp things that pull over the bed. We loaded all of the heavy (and low wind resistance) things into the truck bed, but ended up piling a bunch of lighter / breakable things in the cab with Anya.

Overall, the place seems like a score. And very much in line with my mom’s parents’ approach to living out in the country on a mountain. They’d not plan on going anywhere from October through April — stock up on food, get supplies for any winter projects, and just do their thing for six months. An approach that seems far more reasonable now that I’ve got my own couple hundred foot driveway curving up a mountainside.

We were out foraging in the woods and happened across a bunch of black walnuts … and then found what I assume is a squirrel’s cache of the things. 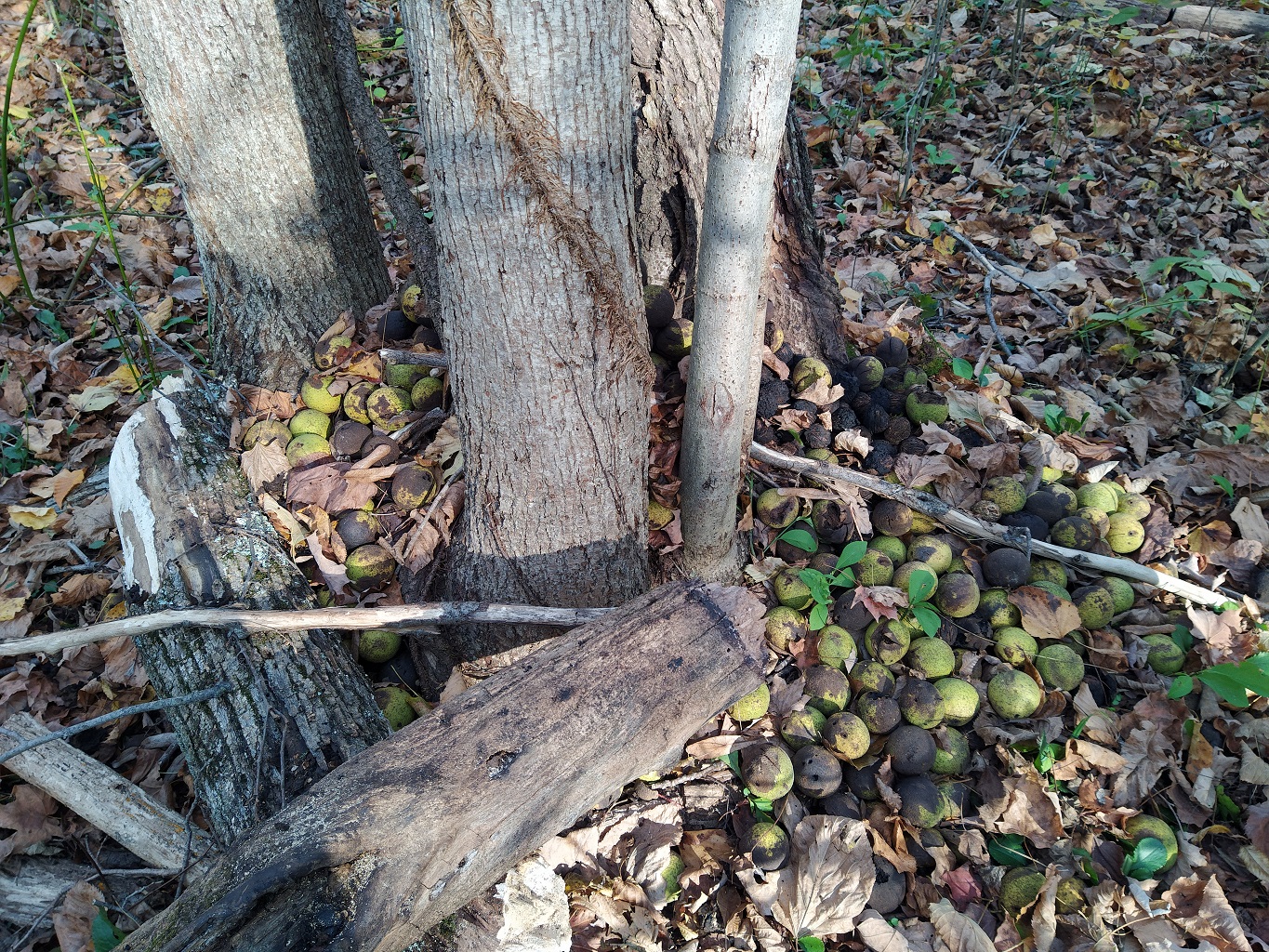 We’ve been harvesting some turkey tail mushrooms — I’ve marinaded some in a jerky sauce and that made an interesting, chewy mushroom jerky. 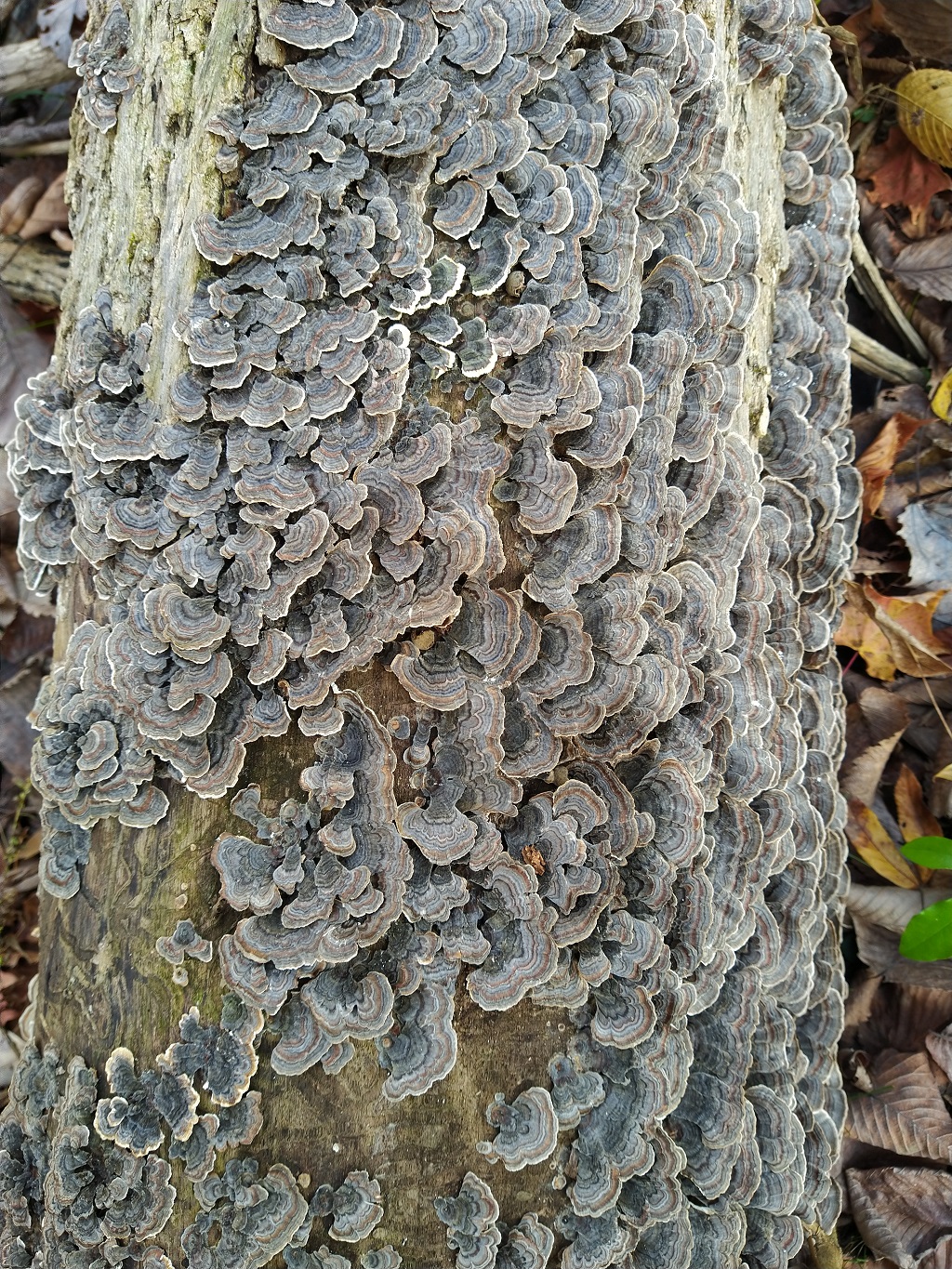 We tried using rechargeable batteries in our game cameras — eight batteries per camera, and we have three cameras … so it’d be nice not to throw out two dozen double-a batteries. The question, though, was how long they’d last. (Well, the first question is if they’d work at all … nuance of battery chemistry and electric production … the cheap rechargeable AA’s are lower voltage than throw away ones. But we quickly proved that the cameras would run on these batteries). We put the cameras out on October 3, and the cameras are still operational today. That’s over two weeks on a charge. We’ll see when the last videos record, but they’ve already proven to be functional for our purpose.

The first batteries to discharge stopped recording overnight 11/6 to 11/7 … 34 days on a charge. One set was still working, but we pulled them all to discharge / charge them. 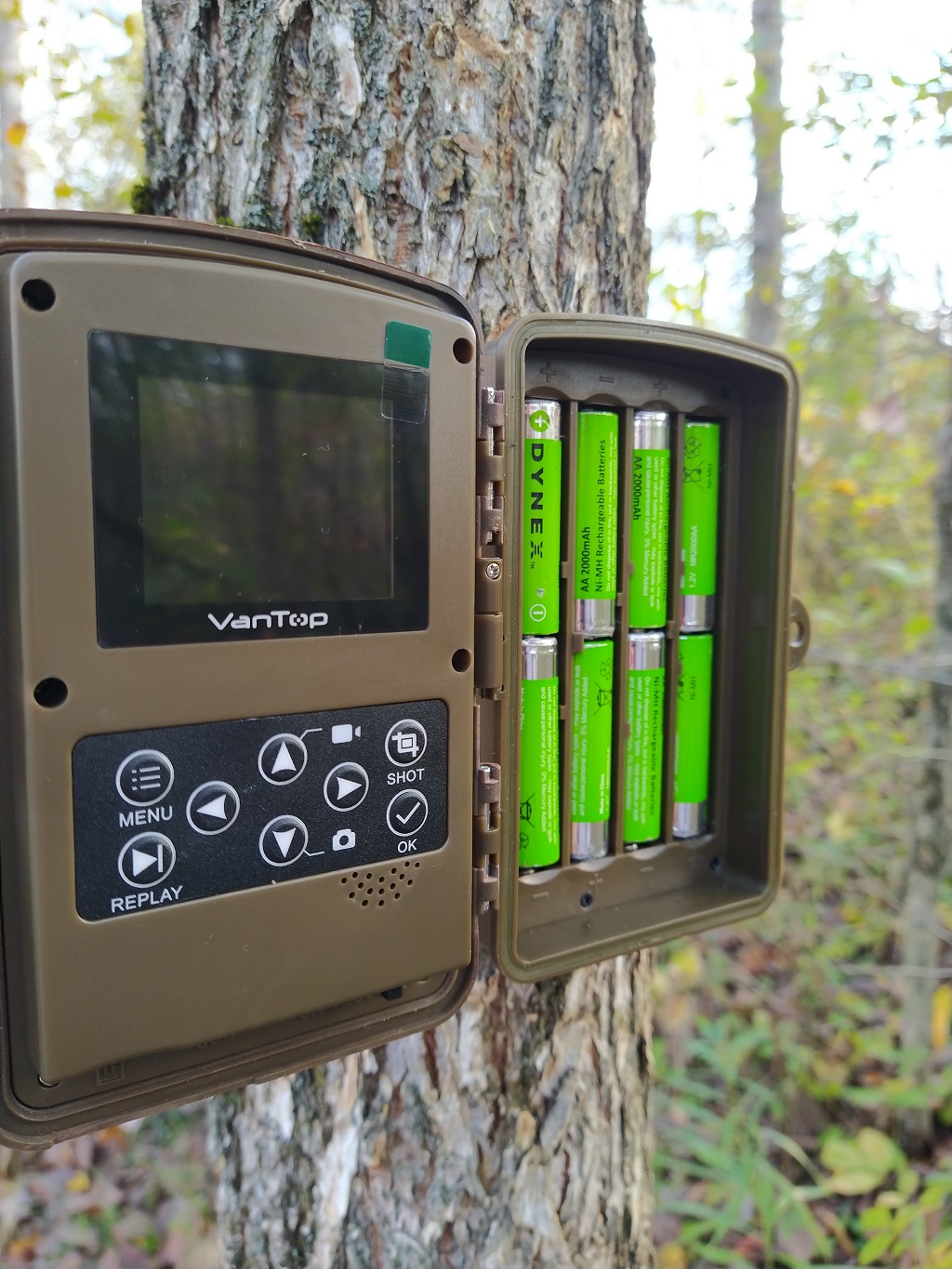 We picked up two chest freezers — Whirlpool WZC3115DW — today. We had an adventure trying to get a chest freezer. They weren’t in stock over the summer, and the one we tried to order that included in-home delivery? They wanted to deliver to the bottom of the driveway! But we’re getting into Autumn now, and really needed the freezer space. I’ve got a partner account with an appliance company, and we were just about to order a set of freezers when I found a dented appliance store. For a chest freezer that’s going to sit in the furnace room, half price to have a couple of dents on the outside of the box? Score! And we’ve still got a pickup truck, so we were able to haul both of them home today. I need to wash the things down tomorrow, and then we’ll plug them in and make sure everything works.

We got our fence stuff! Eight rolls of 4′ welded wire fence and 50 t-posts. 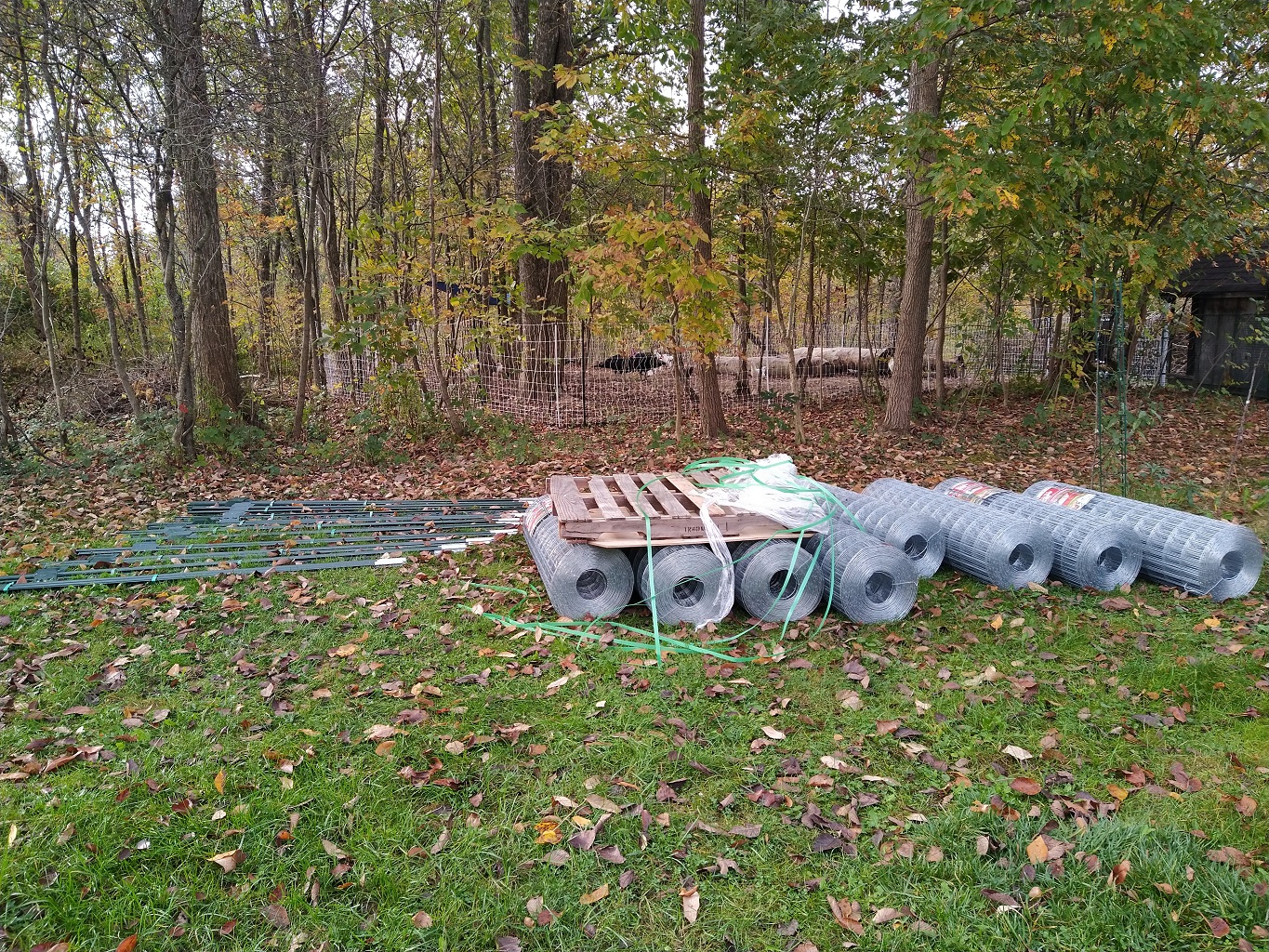 We picked up some sweet and hot Hungarian peppers at the farm market — some of the hot peppers, I stuffed and baked. But the rest I added to what’s quickly becoming the normal pickling recipe — 1c water, 1c vinegar, 2T salt, 1/4c maple syrup. These were super tasty, and I stored a lot of seeds to grow lots of peppers next year. Hopefully we’ll be able to pickle a peck next time! 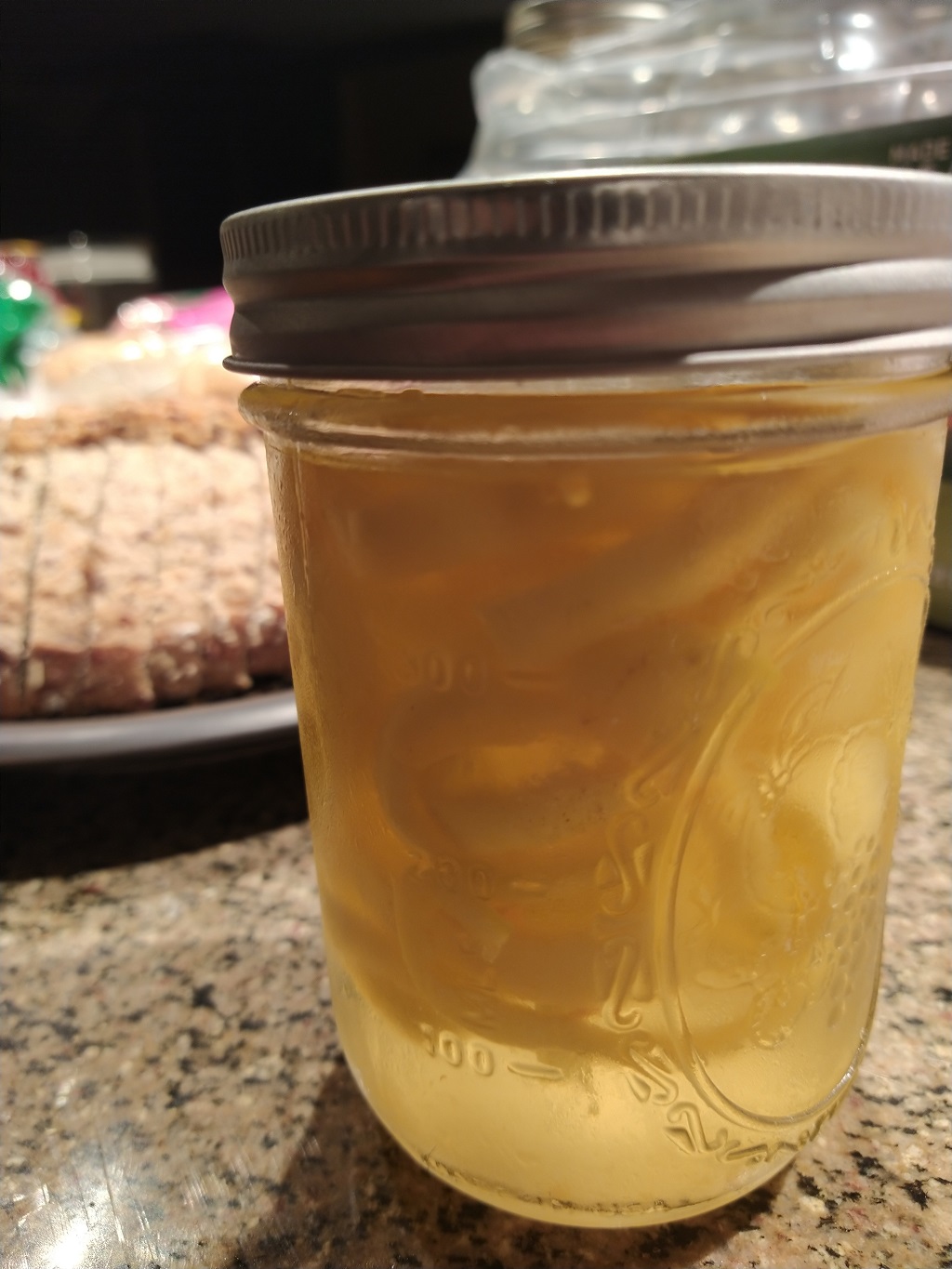 Use augmented reality in company app — customers use the apps as they shop to find discounts on in-store products and retailers can track where shoppers are (how long individuals stop at which section, what path they take). Customers could use the app to search the store, navigate around, and maybe even  find Easter eggs / bonus deals exclusive to the app.