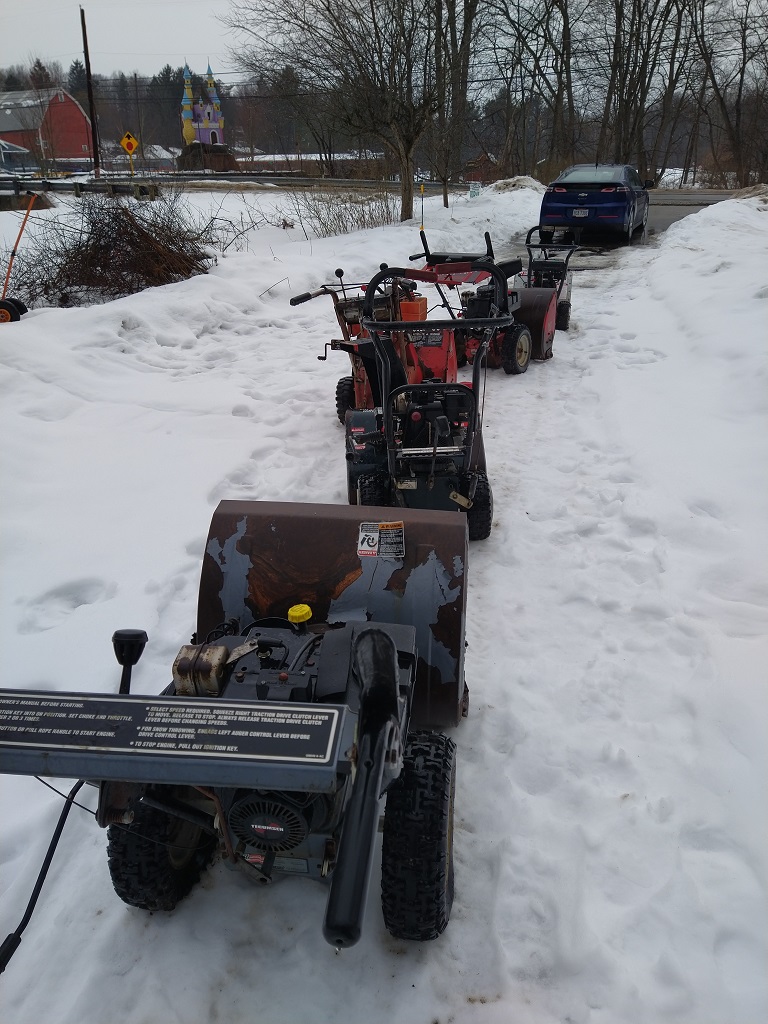 The past few days was the first big snow storm out chickens have seen. They didn’t like walking in the snow so much. Anya made a snow maze for the chickens. The funny thing I’ve noticed about chickens — and remember, these are birds that can fly (well, for short distances) — is that they get stymied by two foot walls. The whole flock will be standing on the other side of our courtyard wall, chattering and cocking their heads at the wall trying to figure it out. Well, 18″ of snow works the same way — one chicken “cheated” at the maze and just flew into a different section, but they generally hit a head end and meandered around until someone accidentally worked their way back into the main part of the maze. 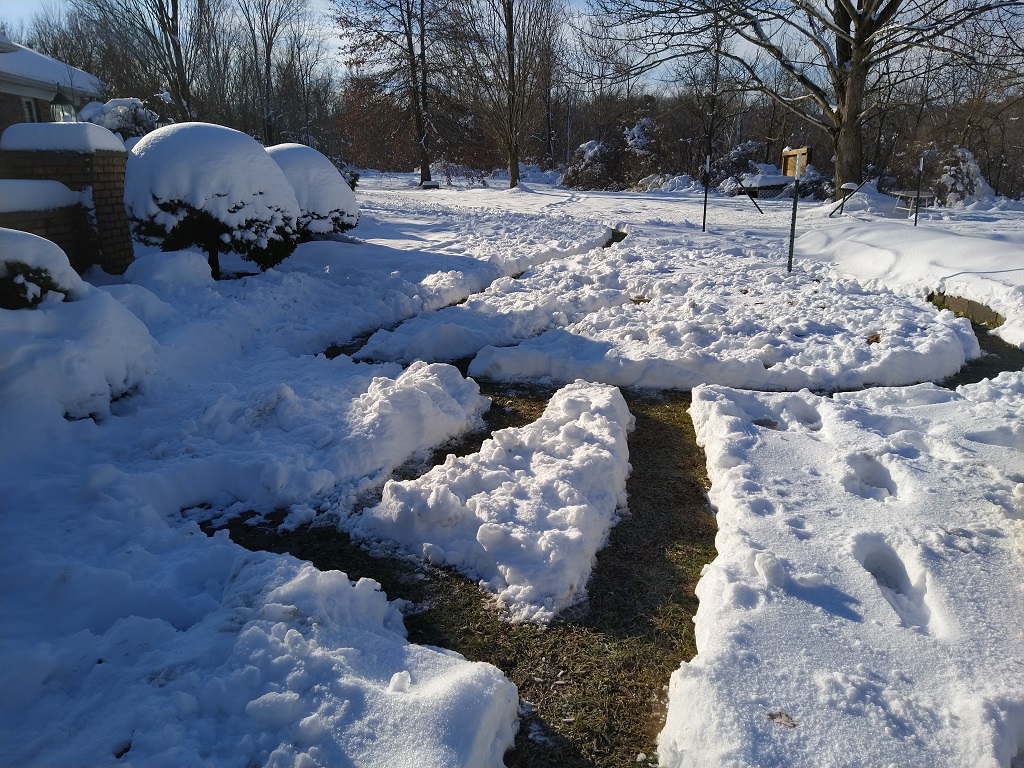 And she added a prize at the end of the maze

It was warm over the weekend, rained Monday — and, as the temperature dropped, it changed over to ice and snow. The tree branches are all covered in a bit of ice with a lot of snow sticking to the ice. With saplings drooping over and tree boughs pulled down, we have a winter wonderland. 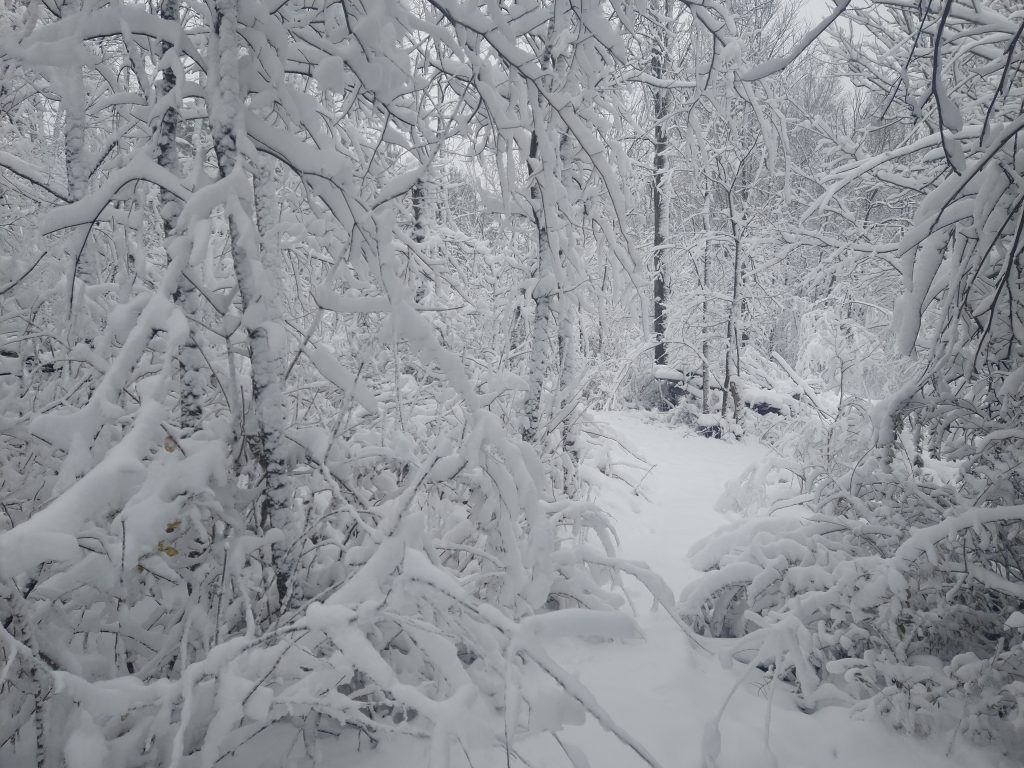