Evidently someone has written software that creates purely population based districts: http://bdistricting.com/2010/

American government representation is, in many cases, proportional to population. This means that each Rep from Ohio in the House has a district with the same number of people as the other guys from Ohio. A Rep from Cleveland doesn’t represent more people than a Rep from Marion. There may be multiple districts across Cleveland whereas the district for Marion may include other nearby towns as well. It’s a reasonable idea – otherwise Ohio has 44,825 square miles and 16 HR members so every 2800 or so square miles would be a Rep. This means someone represents a whole lot of and and a couple people whereas someone else represents a LOT of people densely packed into a little land. Cuyahoga County covers 457 square miles and has 1.2 million people. Marion *County* covers 404 square miles and has about 66,000 people. Even if Cuyahoga had 2 reps to Marion’s 1 … the population of Cuyahoga is 18x larger.

This means political boundaries are drawn around population numbers. A process which can be perfectly fair and reasonable, but a process which can be manipulated to a particular party’s advantage. The manipulation is called gerrymandering. And it is how Democrats can win 51% of the popular vote in Pennsylvania HR races but only hold 5 of the 18 seats. Statistically they should have had 9 (or even 10 since they had a slight popular vote advantage and you cannot have a fraction of a representative).

What does this look like on a map? See Pennsylvania’s District 7 — let’s take this group of left-leaning people from SE Philly, make a little isthmus, and now how many right-leaning people do we need from West Chester to make it a Republican district? The only district boundaries that have any business not being a straight line are state borders!

When I was in University in the mid-90’s, we were working on a process to analyze the gravitational disturbances caused by binary black hole collisions. Now it’s not reasonable to calculate anything across the entire universe. No one has that kind of time or computing power (oh, and there may be a basic tenet of computing and physics that precludes doing so) … but we want to know what the disturbances would look like across the entire universe. There will be areas of greater impact and areas of lesser impact. The method we used for the analysis is called adaptive mesh refinement. It’s essentially taking a broad overview of the entire universe but using a more detailed (‘refined’) view of sections where something “interesting” is happening.

I propose we use a similar system for algorithmic drawing of Congressional districts. What would that look like? Imagine a state with six million people that has been allocated six districts. Calculate the statistical people per rep — one million in this case — this is going to be our target population within a district. When we get within a percentage of that number, we’ll hold the district as it is. 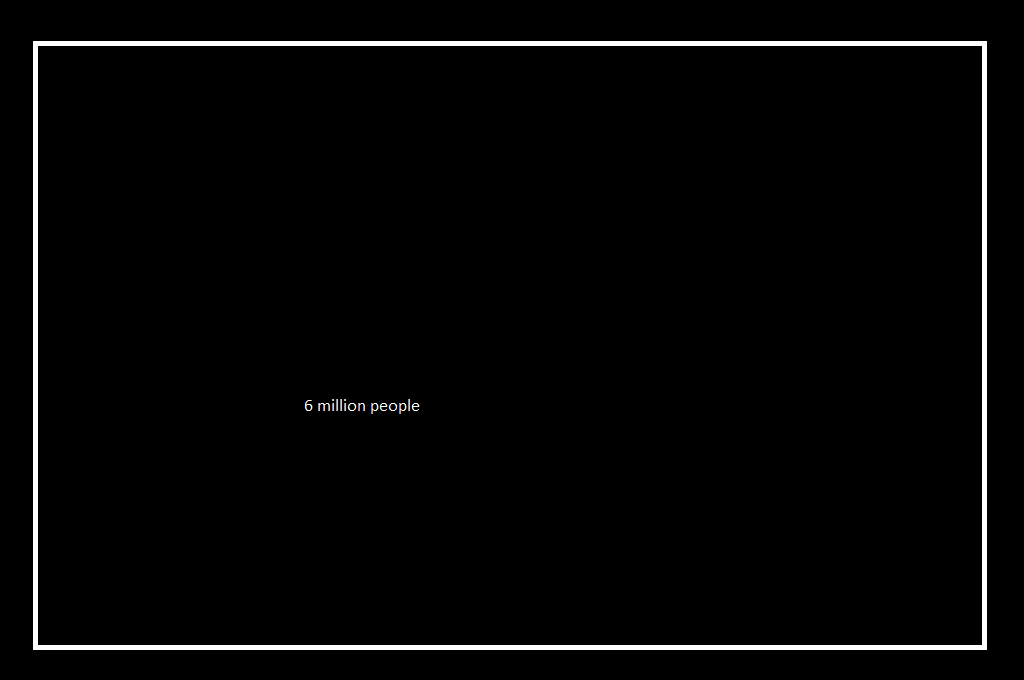 Chop it in half and see what the population is like in the two ‘districts’ – and check the populations again. We’ve got one within the defined delta of the one million target (since this is a nice example, we have one at our target). 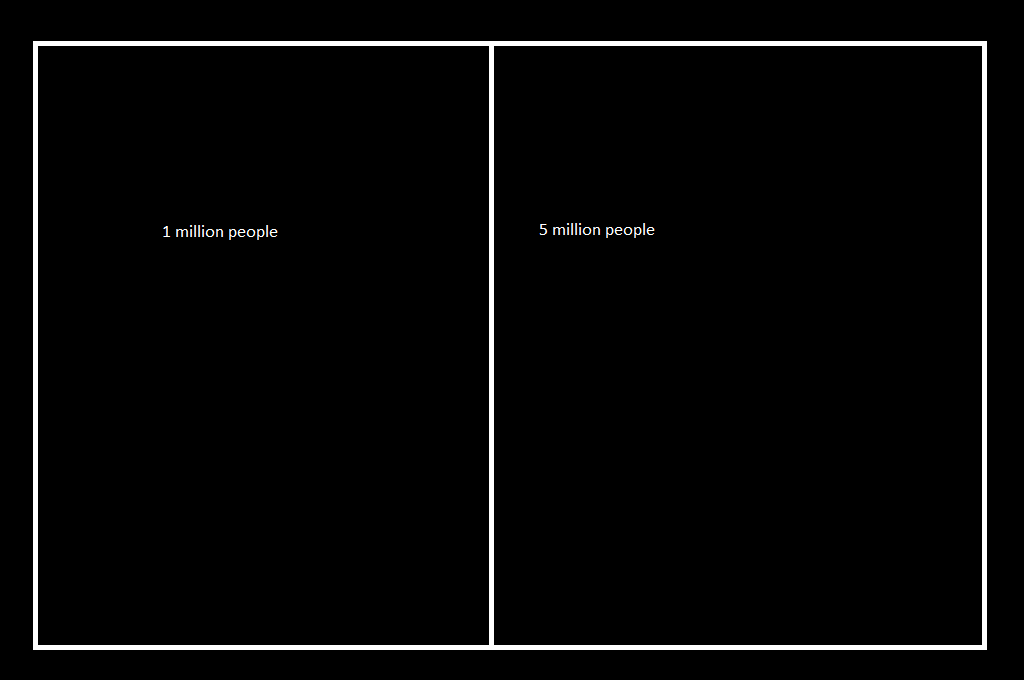 Take the oversized district and chop it in half again. Get population counts and hold any district within the delta of target. 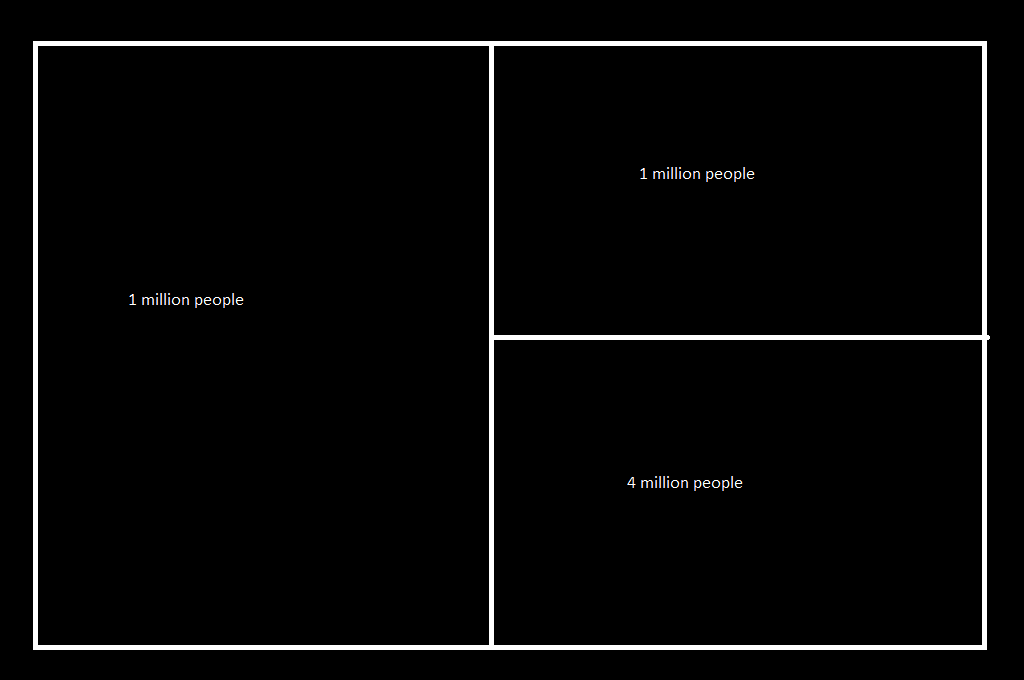 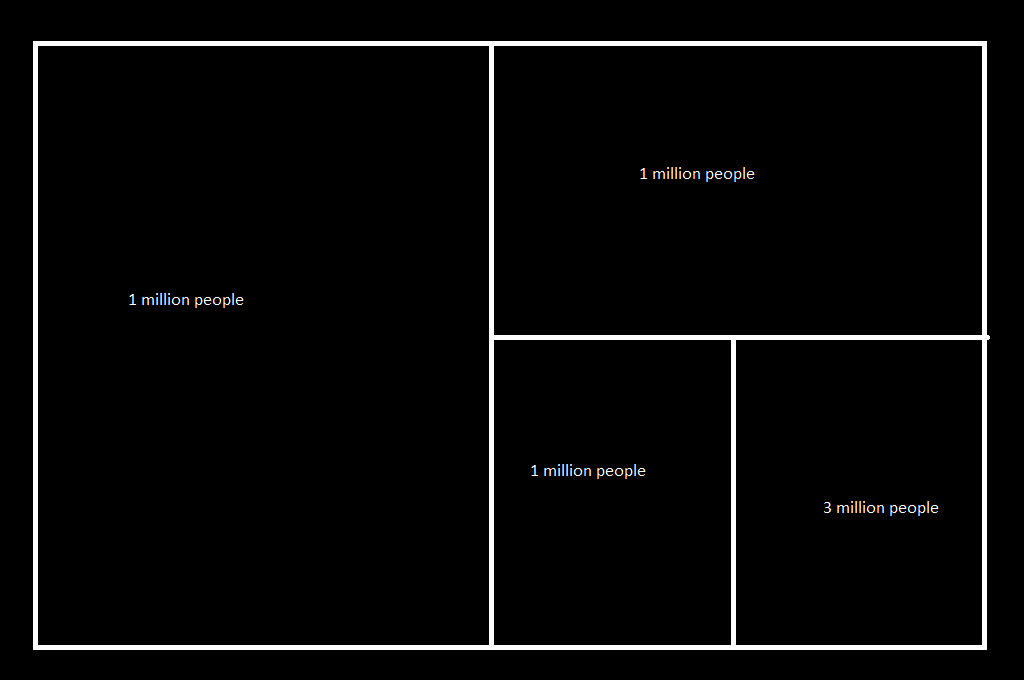 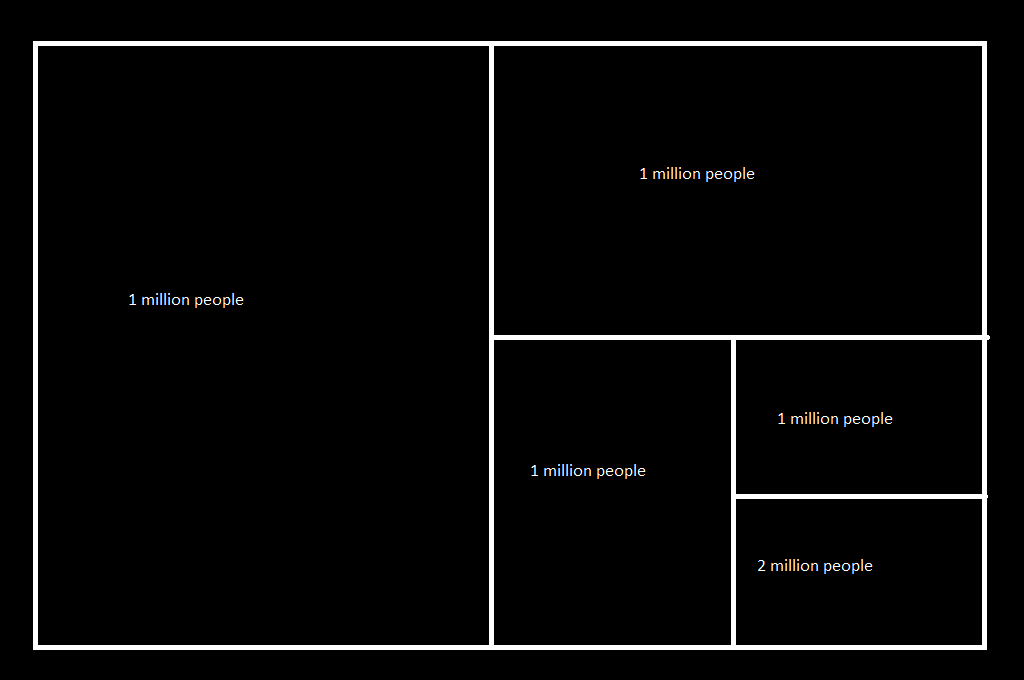 Eventually you’ll arrive at districts that are all within the predefined delta of the target. Since a real-world scenario wouldn’t involve nice round numbers and equally spaced populations, we’ll need to have the algorithm shift the district boundaries E<=>W and N<=>S until the proper number of people are contained within each district. Algorithms are quite good at this sort of thing. 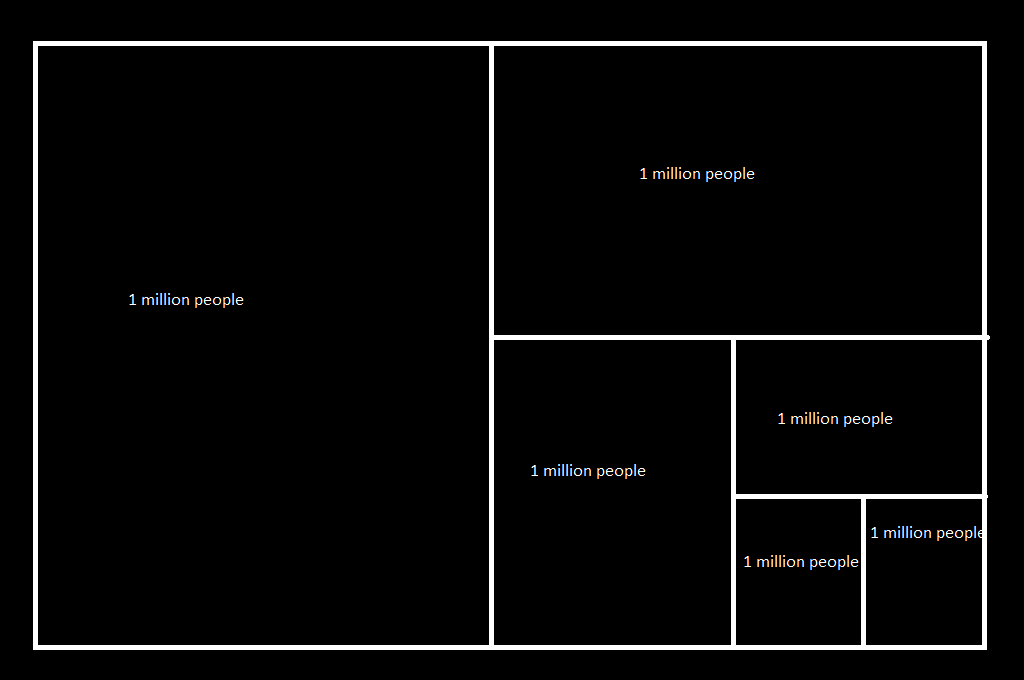 But this doesn’t take into account geographical obstacles — what if there’s a river that bisects the district and the nearest bridge is thirty miles up stream? Well, these are not polling centers – put a polling center on each side of the river.

The point of this approach is that a computer algorithm that doesn’t know a thing about the individuals in each area can easily define districts irrespective of political parties. Statistically, an individual voter may end up in a district that differs vastly from their personal beliefs. But there’s no intentional marginalizing of voters based on political parties. And when the next census numbers come in, load a new data set and re-run the program.