I never noticed this before — VS Code has a “timeline” that will show you a list of commits for a specific file. You can then see what changed in each commit. 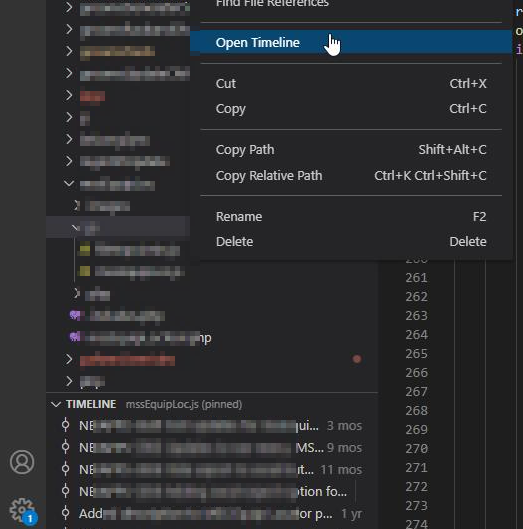 Regex adds a lot of flexibility to search/replace operations. Capture groups allow you to manipulate the found data in the replacement text. As an example, I have simple mathematical equations that are not spaced out reasonably. I could replace “+” with ” + “, “-” with ” – “, “*” with ” * “, “/” with ” / “, and “=” with ” = “, but using a capture group to identify non-whitespace characters and the range of operators allows a single search/replace operation to add spaces to my equations.

The replacement text then uses each capture group — $1 $2 $3 = $4 — to add spaces around the operators and around the equal sign.

While you can run a command to convert the selected text to upper (or lower) case, there doesn’t appear to be a quick way to do it. Luckily, you can define your own keyboard shortcuts and map those shortcuts to commands. From the File menu, select “Preferences” and “Keyboard Shortcuts” (or use the Ctrl-K Ctrl-S combo). 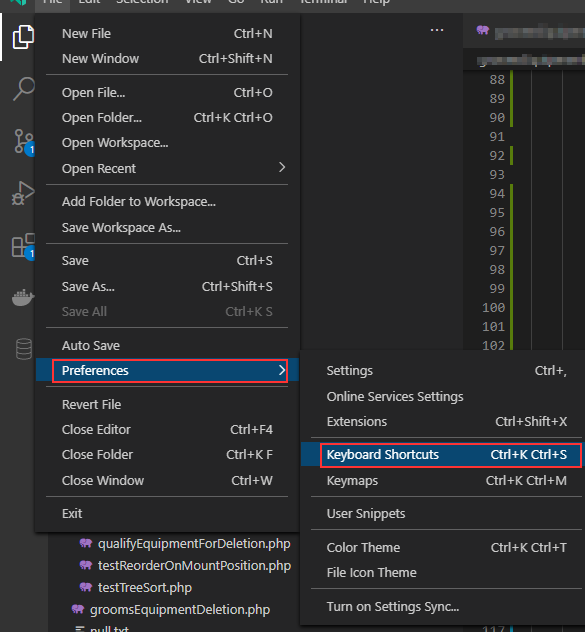 In the upper right-hand corner, click this icon to open the custom keyboard shortcut JSON file 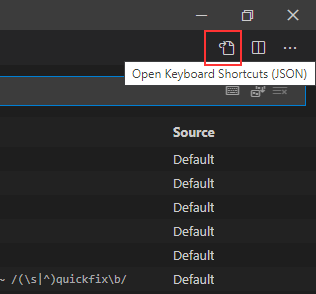 Add JSON elements for the shortcuts you want to define — the key combination, the command to run, and on what to run the command

Save … voila, a keyboard shortcut to change to upper and lower case.

Scott accidentally hit the wrong key combination when attempting to comment out a block of code and brought up some clipboard viewer; and, in attempting to identify what he hit, I came across published keyboard shortcuts for Windows and Linux (I still haven’t found the key combo he hit, so I suspect he hit a desktop manager shortcut). There are a few time savers in the list:

And whatever you type will be duplicated at each cursor. To leave multi-cursor mode, simply click elsewhere within the document — you’ll have one cursor where you clicked.

If you want multiple cursors on discontiguous lines, hold the Alt key as you click — a cursor will appear each location you click (not at the end of the line where you have clicked, literally the location at which you clicked — including multiple cursors per line.) If you add a cursor in the wrong location, click it again to clear that cursor.

We’ve been watching Microsoft’s Python programming course series — only the first couple so far, so it’s a lot of “yeah, knew that”. *But* there’s the occasional cool tip. You can comment line(s) of code with a keyboard shortcut:

Highlight the section of code that you want to comment out. 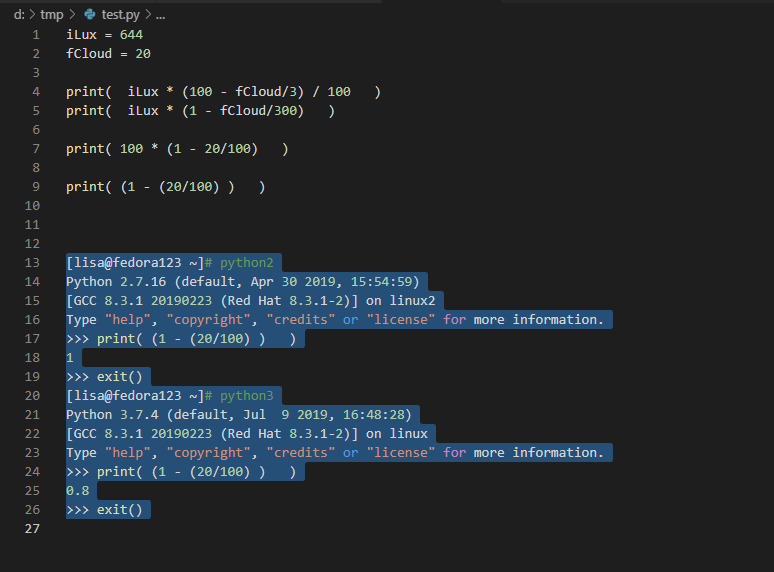 Hit ctrl-k and then ctrl-c … voila, a whole section of commented code. Denoting a comment is language specific, so this does not do anything if VS Code has not yet identified the language for your file. 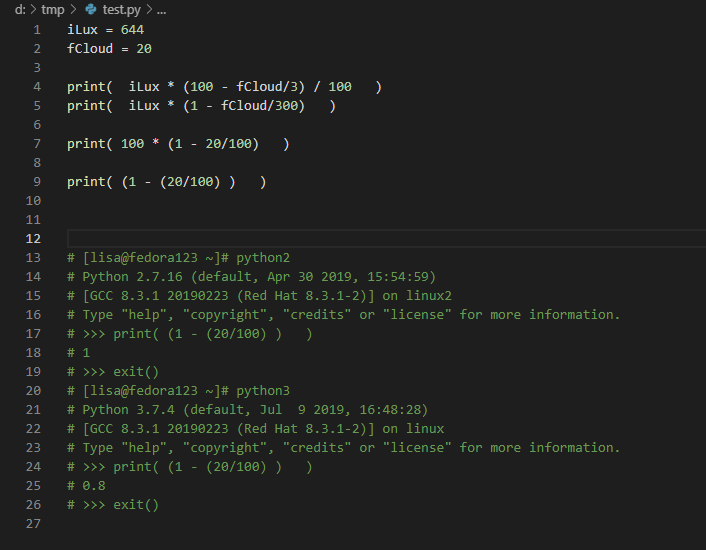 Tab suddenly stop tabbing in VSCode? Try hitting ctrl+m — evidently there’s another ‘mode’ for the tab key where it changes focus instead of tabbing. Very cool and useful when used deliberately. Very “huh?!?!” when you accidentally hit ctrl+m 🙂

Of course if that wasn’t your problem … focus mode is turned on now & you’ll want to hit ctrl+m again to change back to tab mode!