Scott started putting together a mobile chicken tractor. The metal tube is repurposed from one of those canvas covered pavilion things that came with the house. Massive wind storm, years ago, took it out. It’s been a hop arbor and now a chicken tractor. Since it articulates a little bit, it fits the contours of the ground. We still need to mount some fencing … well, sand it down a bit and repaint it too! But it’s a large, portable space for the chickens to roam when we’re not hanging out in the yard keeping an eye on them.

We got the floor laid in the coop and added a roost … now we’re ready for the chicks to move in! 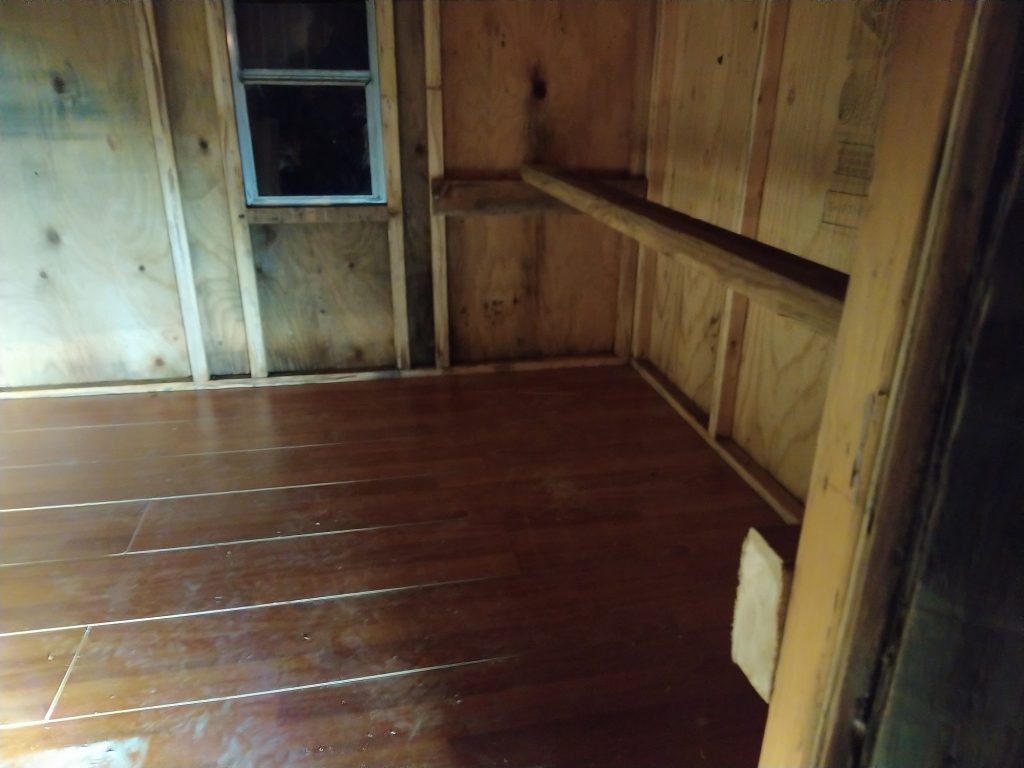 But this strange rainbow chicken showed up! 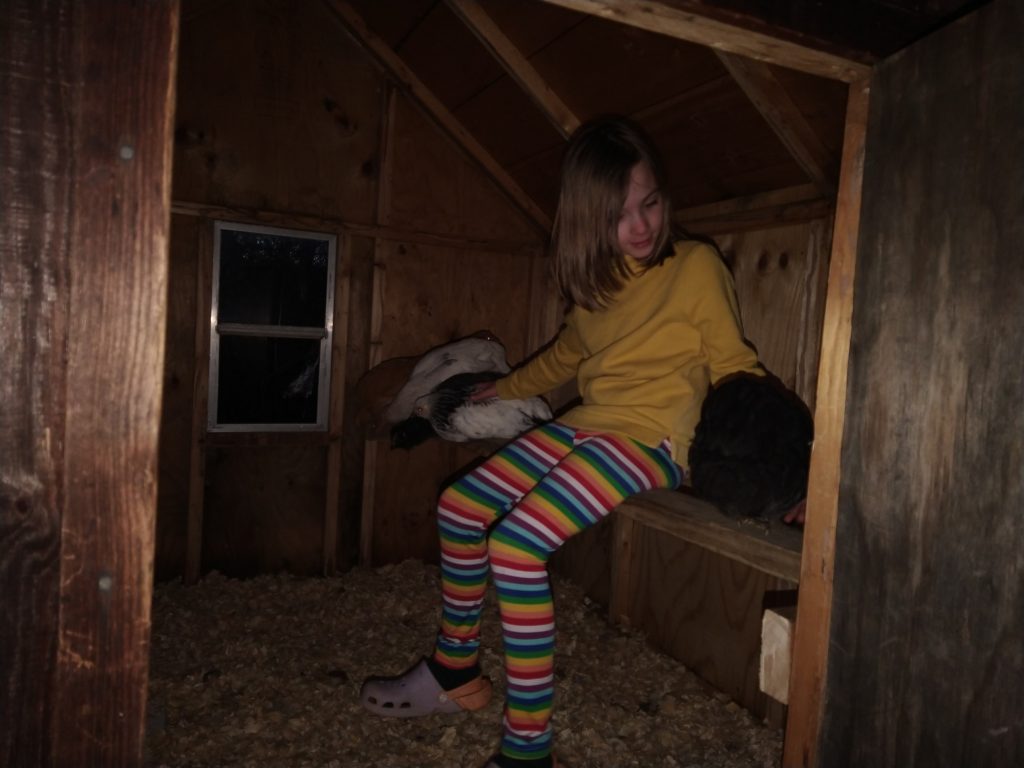 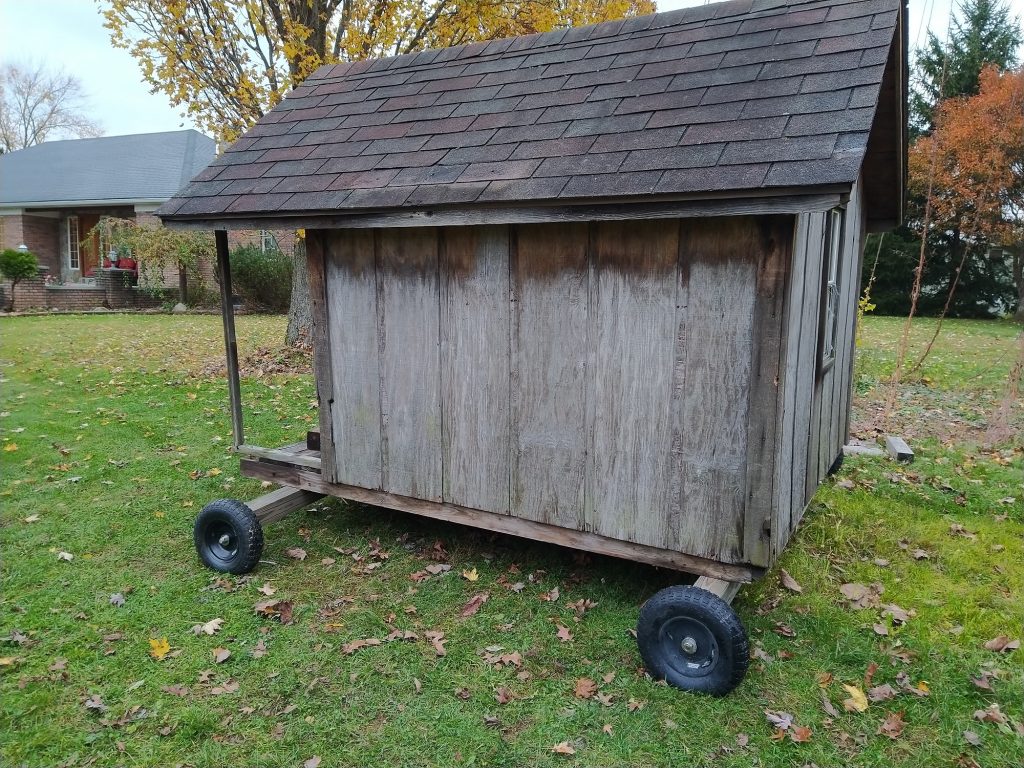 Success! We removed the plywood around the playhouse base and tried pulling the playhouse down. Nothing. It’s an odd combination of flimsy and sturdy, but sturdy won out. Scott wrapped a chain around the front 4×4’s and cut through them. For safety, he tacked in two non-cut 4x4s to act as braces while he cut the structure. Pulled again and nothing — those two braces held the entire building. 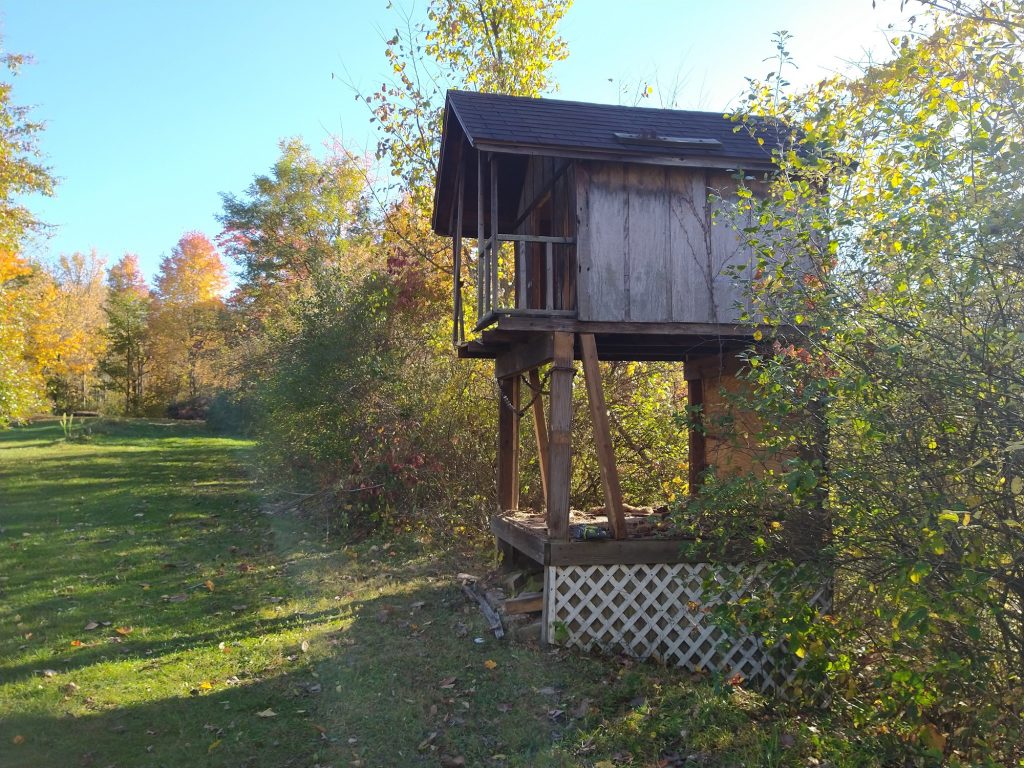 Then the took other dimensional lumbar and threw it like a javelin at the two braces. A single brace still held the whole building, but after the second brace was removed … we finally have success. It came down in one piece — there are a few dings and the front porch was damaged. But we’ve got a little building at ground level. Now to flip it, clean it up, and get the chickens moved in. 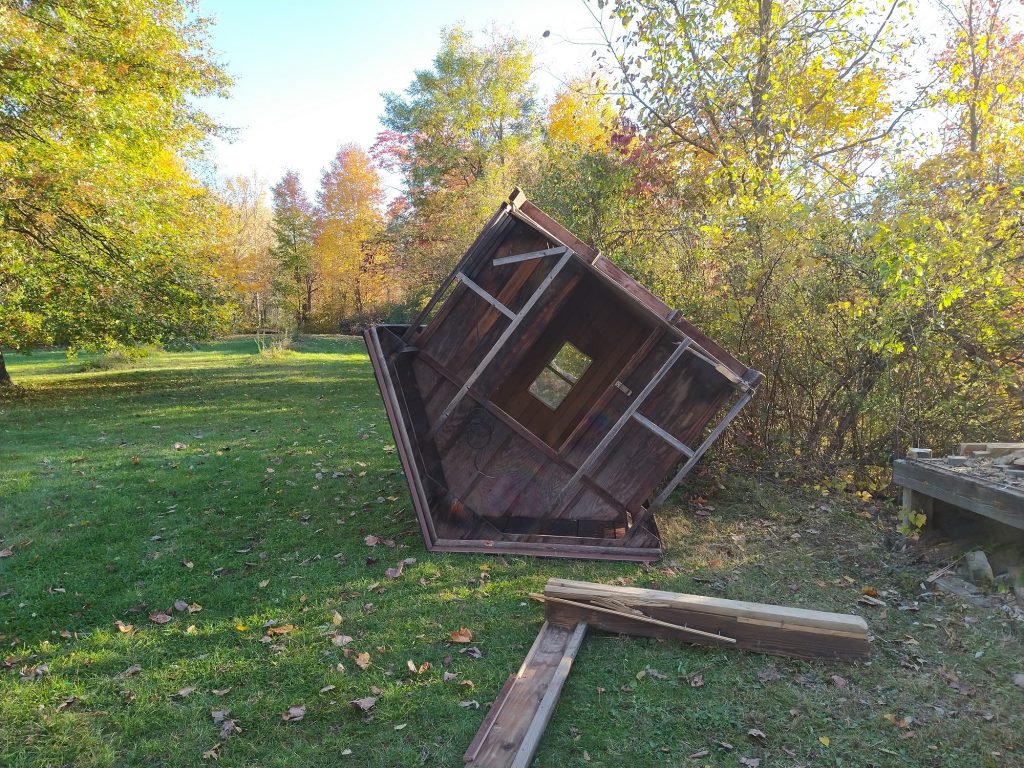 There’s a playhouse that came with our house that we’re going to repurpose into a chicken coop — we just need to sort out some safe way of getting it off of the base. 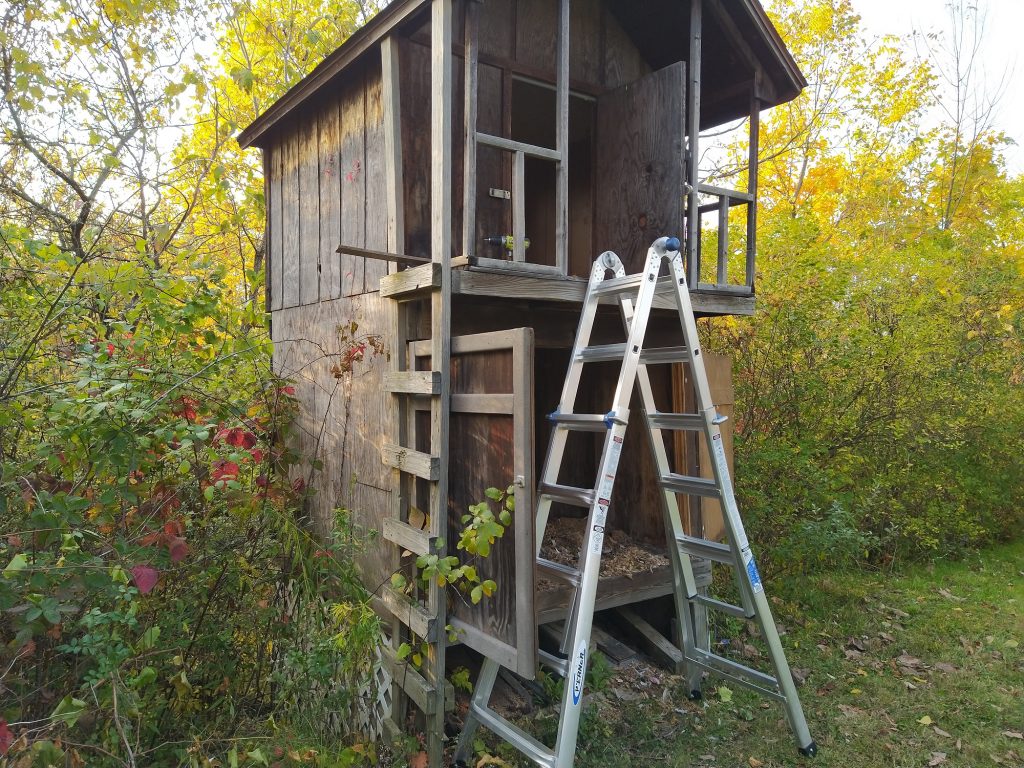