It’s the time of year where people on TV keep saying that turkeys are soooo stupid that you cannot leave them out in the rain because they’ll look up and drown. I cannot speak for the broad-breasted white franken-turkeys from massive turkey farms, but you know what you get if you put a black Spanish turkey out in the rain? A wet turkey!

In warm weather, they seem to like the rain. Our turkeys rarely run for shelter when it is raining.

In addition to growing open pollinated, heirloom vegetables — we’ve got a flock of heritage turkeys. These guys are Black Spanish turkeys. Unlike the broad-breasted turkeys raised commercially today, they walk around and do turkey things all day. They are all waiting by the gate as we walk over to the poultry pasture, and there are always a few turkeys following us around if we’re working in their area.

The two males we have from last year were amazing with the little poults this Spring. They’d take a share of poults and snuggle them at night to keep them warm. They’d march around them as the little ones pecked around during the day. Even now that the younger turkeys are almost fully grown, the older turkeys stand guard and make sure everyone gets access to food and water. Watching the adult turkeys with the younger ones has been right educational, and I am eager to hatch some of our own poults next year! 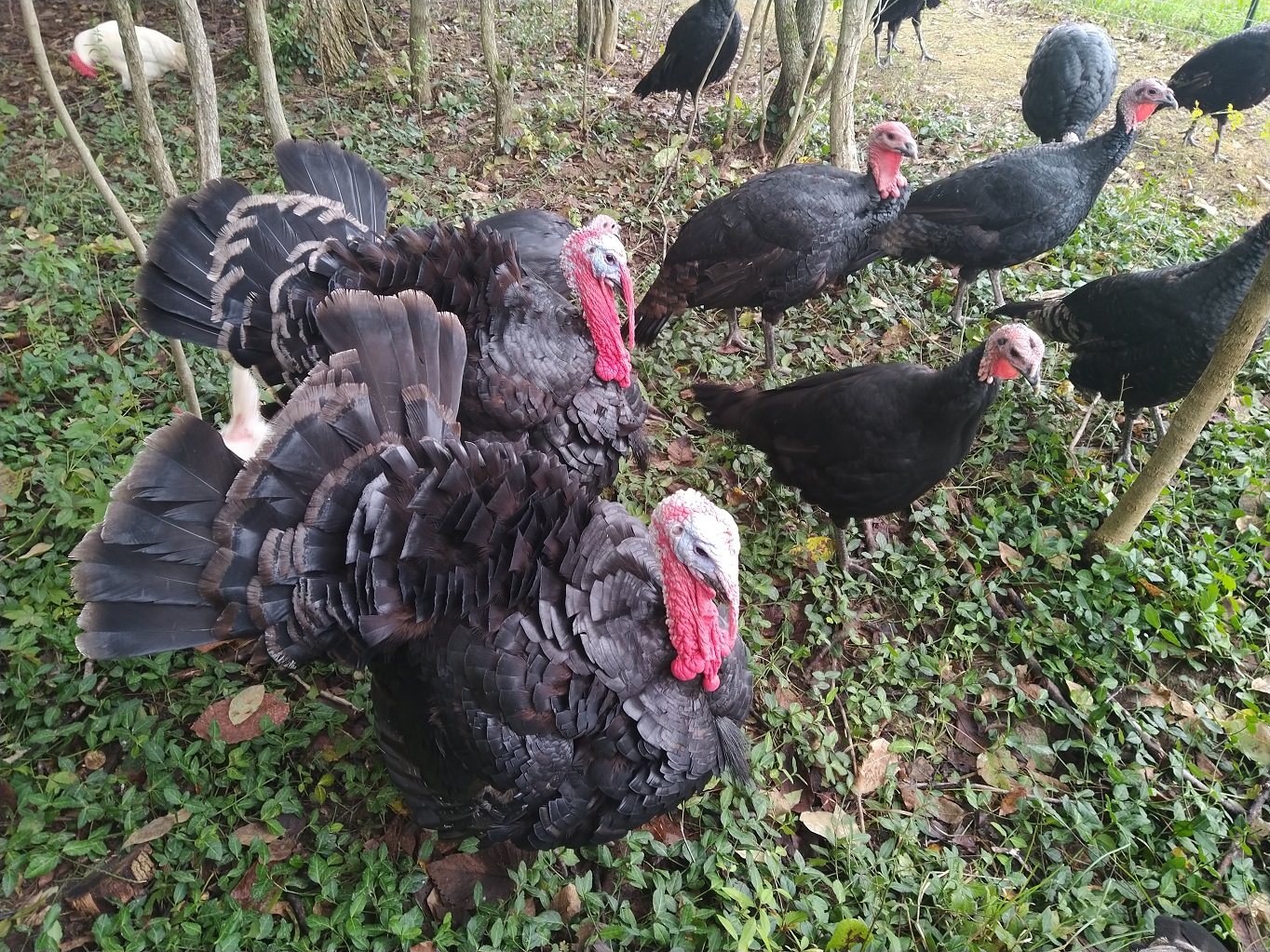 We no longer have 22 tiny birds in the house! Stream (the new duckling) spent Monday night outside in the duck coop. We’ve been letting the little one out into the duck yard to hang out and get used to each other, but bringing it into the house at night. I got up at 6-something on Tuesday morning to make sure the little guy was OK and the ducks are now hanging out together in the yard. It was cold — mid 50’s — when I let them out of the coop this morning, and they all were napping next to the pond in the sunshine. The little one was sleeping right next to one of the big ducks.

Then, in the evening, we put the turkeys into the pasture with the big turkeys and chickens. They’ve been hanging out in the baby tractor next to the pasture, so everyone has had a chance to get used to each other. The little turkeys can fly really well — on Monday, Anya got sidetracked bringing the turkeys into the house. She left two thirds of the turkeys in the baby tractor with the zipper open! I noticed the chickens and turkeys were not in the coop, and I walked over to let them in. All of a sudden, this dark shadow comes flying at me … literally, it was a baby turkey who flew some twenty feet and cleared my shoulder. Since they were able to fly themselves out of the pasture, we trimmed feathers on their left wings. Now they look a little asymmetrical, but they mostly stay inside the pasture. Unfortunately, the mesh isn’t small enough and they can pop themselves out of the fencing.

The turkey farm where we picked up four turkeys last year — the owner said the male turkeys take turns sitting on the nest and taking care of the baby guys. I totally believe that after seeing how the big turkeys are with the little ones. They puff up and circle around the gaggle of baby turkeys. When the babies split out into multiple groups, the two big turkeys kind of round them up into two groups and each watch over his group. Anya says they even tuck the little ones around them to sleep.

The new turkeys arrived today — last year, USPS shipping was a horrible experience. This year, I called a few hatcheries to confirm they’ve been able to delivery healthy, happy poults. Meyers said they hadn’t had delivery problems, so we ordered 20 Black Spanish turkeys from them. They shipped yesterday, the shipping notice was delivered overnight, and the USPS clerk called at 6:30 this morning to let me know they arrived. Wow, was that early!

We got all the little ones into their brooder, fed, and watered (having more healthy birds seems to help because one little guy eats or drinks and a whole flock of little ones come over and copy it).

Scott set up one of the ESP32’s that we use as environmental sensors to monitor the incubator. There’s an audible alarm if it gets too warm or cold, but that’s only useful if you’re pretty close to the unit. We had gotten a cheap rectangular incubator from Amazon — it’s got some quirks. The display says C, but if we’ve got eggs in a box that’s 100C? They’d be cooked. The number is F, but the letter “C” follows it … there’s supposed to be a calibration menu option, but there isn’t. Worse, though — the temperature sensor is off by a few degrees. If calibration was an option, that wouldn’t be a big deal … but the only way we’re able to get the device over 97F is by taping the temperature probe up to the top of the unit.

We tried a cheap forced-air incubator from Amazon. 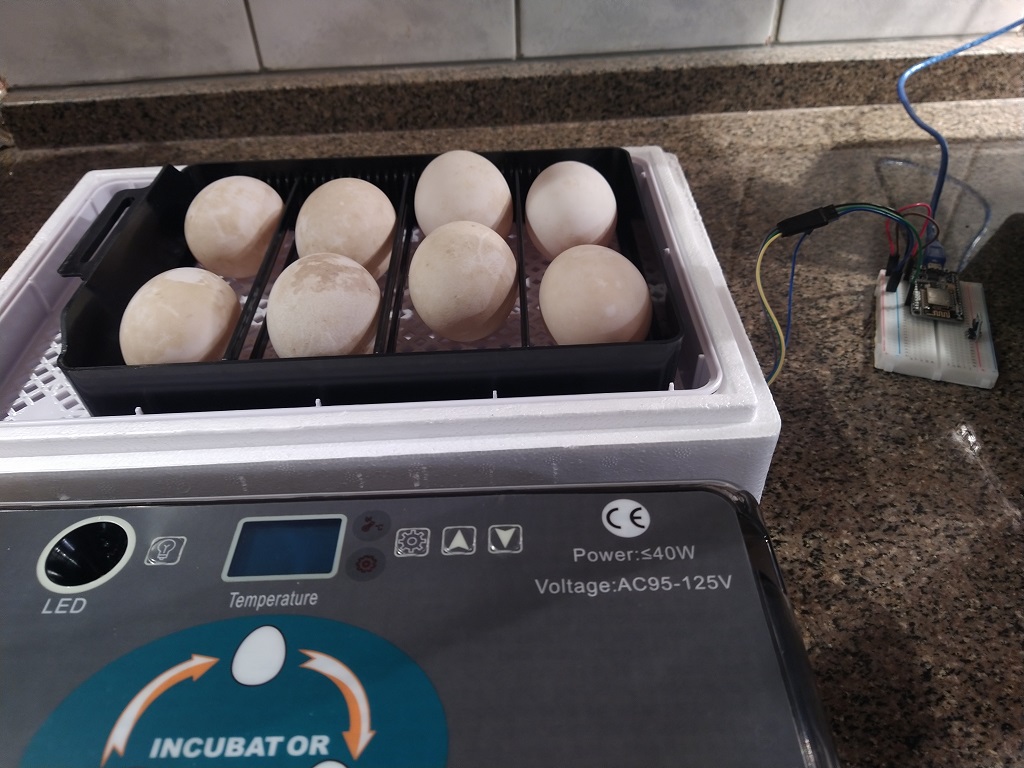 All of these little rectangular boxes seem to have the same design flaw: the fan and heater are in one corner of the incubator, and the hot air blows out of one side of the box. So there are really hot spots in the incubator and relatively cold spots. 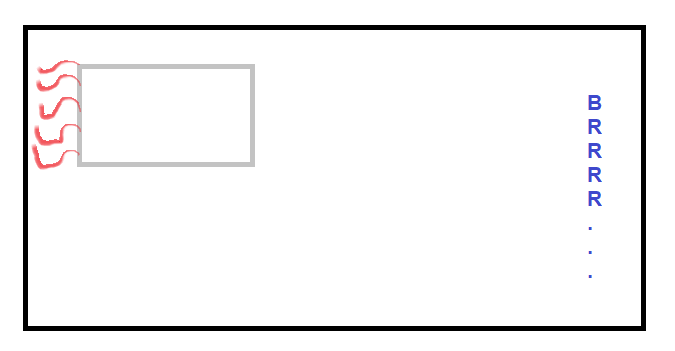 Since we had a bad hatch rate (1 of 8) with the thing, we decided to get a bigger, better incubator. After researching a lot of options, we got the Farm Innovators 4250 — lots of space for eggs, a centrally located heater and fan that blow air all around, and a humidity sensor (looks to be the same DHT-11 that we use in our sensor). We’ll collect eggs and get a large batch going in a few weeks. 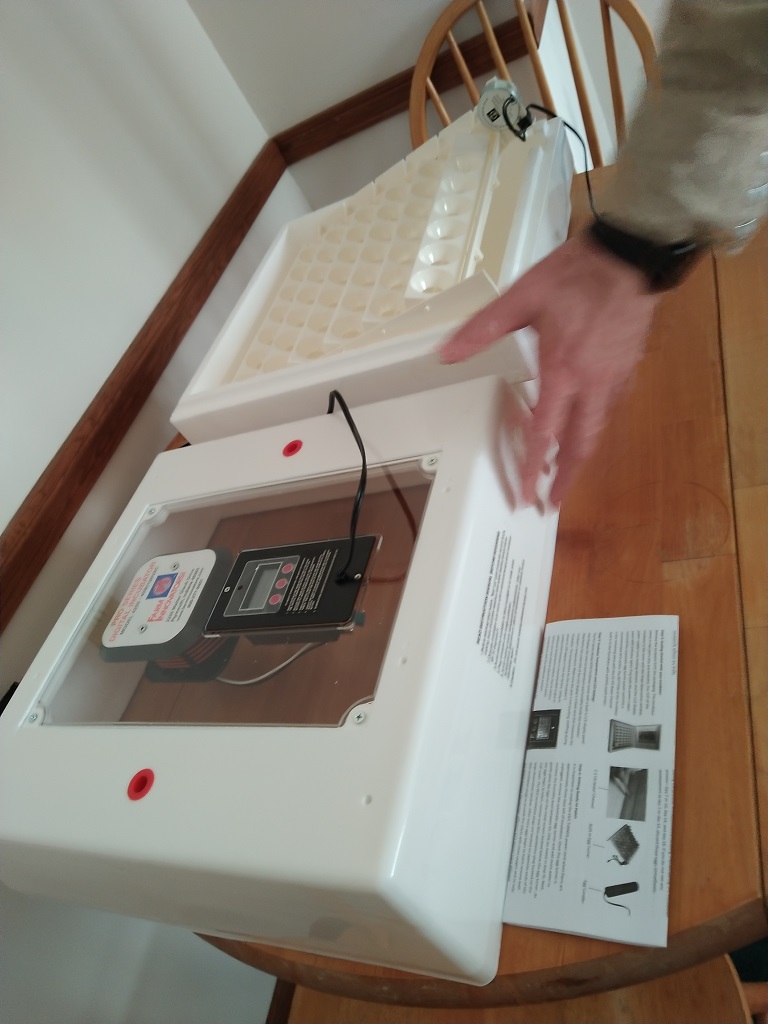 We’re about to start incubating eight duck eggs, so I wanted to record the temperature and humidity settings that I’ve found for the chicken, duck, and turkey eggs (well, future turkey eggs! We managed to get five male turkeys last year)

We were finally able to get the starplates to build a 1V geodesic dome for the new chicken coop. Super excited — and we’re going to have a lot of construction going on this year. A greenhouse tunnel for extending the growing season, a chicken coop, a duck coop, a pig shelter, and hopefully a sheep shelter too.

We butchered our broilers and ducks for the year. In a larger household, a whole bird is probably a perfectly reasonable amount of food. But, for us? It’s too much food. Half a bird is a lot more reasonable.

In looking at techniques for grilling and smoking poultry, we came across spatchcocking — basically splitting the whole bird along the spine so it lays flat. It looked like a much quicker way to butcher — and, if we didn’t want to have a whole bird in the end anyway it isn’t like the approach would be counterproductive.

So we’ve been butchering by detaching the crop, airway, and throat. Placing the bird so the backbone is up and the neck facing you, cut along the spine. It’s a little tricky to cut at the hip joint — you’ve got to find the right spot to snip, but the oyster is always included with the leg using this method — and be careful not to pierce intestines. You can leave the spine with one half or cut down the other side of the spine. Cut around the vent, then clear out all of the innards — one entire mass is removed. Either finish spatchcocking to store a whole bird or use shears to cut along the breastbone and have two halves. I’ve found this approach to be a lot quicker than the normal technique — and, since the carcass is open, removing the innards is very easy.

It strikes me, every time I talk to someone from the auditor’s office or the building department, that county officials must talk to a lot of people after-the-fact … like they built a shed, someone noticed it, and now they’re going through the permitting process for that shed. Because they always seem surprised that I’m in the planning stages of a project and am ringing them up to make sure I’m doing all the right things in the right order.

My note-to-self for the day — while the Medina County Building Department does permit fences over 6′, they do not require anything for agricultural buildings and fences. If you’ve got an agricultural exemption from the Township for a building, they’ll happily agree that the fence around / next to that building is for agricultural use as well. (For non-agricultural fences, you fill out the residential building form and specify the perimeter of the fence for the sq ft area and not the square footage enclosed by the fence).

Thus, I’ve concluded that the steps to build a bigger chicken coop and a pasture are:

Our coop and greenhouse shouldn’t need a permit from the county because the size is under 200 sq ft.