I have PHP code that calls out to a SOAP endpoint, gets the response XML, and then does stuff. Well … that was the plan anyway. What actually happened was nothing. No error set, but the response string was null. Even adding curl debugging produced nothing. Fortunately, the endpoint is a sandbox one and thus available on http without encryption. I was going to do a network trace, so I needed to run the script from my computer. Aaaand STDOUT is where the curl debugging was going, not (as I assumed) STDERR. And look, there actually was an error. 400 bad request (how did that not come through to curl_error?!?) — and it became immediately obvious what my problem was — the content length is a quoted string instead of an integer. 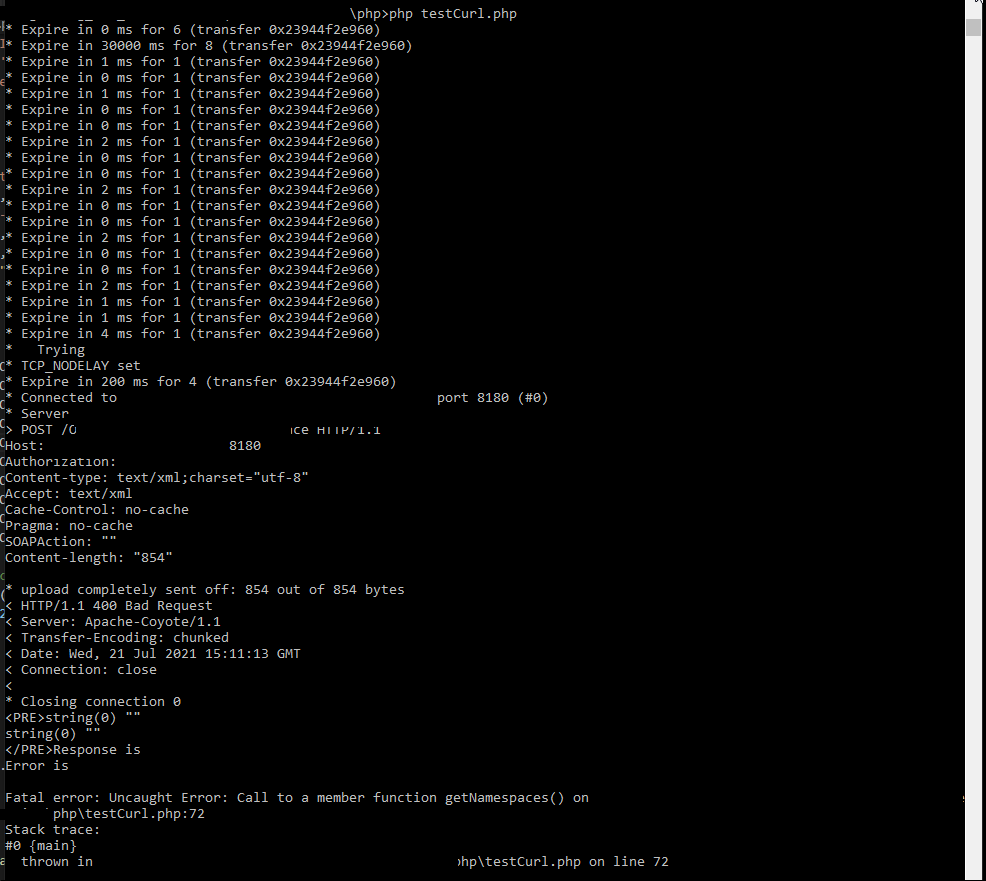 Sigh! Copy/paste error where I built out my header. Cleared the escaped quotes from around the strlen call and, voila, my code works perfectly.

But a note to my future self — when PHP’s curl calls aren’t producing any output … try running it from the CLI. Or remember to add the instruction to have verbose output in STDERR!