Our township has been holding meetings in Zoom, but the recordings are for the purpose of generating minutes only. It’s an end-run around document retention management (it’s not a record, so we don’t need to retain it) … but it also means residents cannot just catch the meeting whenever they’ve got time. In theory, it seemed easy enough to use a screen recording program (I use OBS Studio) to record the meetings. Problem is, though … I’m one of the people who isn’t generally available in the late afternoon / early evening when they schedule their meetings. Surely I could join the meeting early & just edit out the “dead air” within the recording …

(0) To configure Zoom client settings, you need to sign up for an account. Now that your client is signed in, there are settings.

(1) Audio isn’t automatically connected. In the settings window, under “Audio”, there is an option to automatically join computer audio. While you’re there, mute the mic when joining a meeting too. 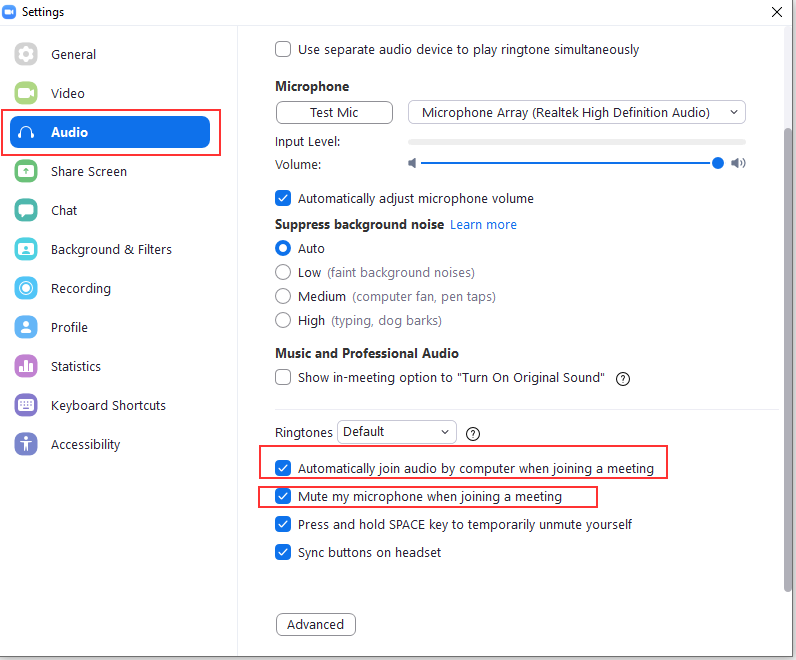 (2) The window into which the main video is placed might be 2″ across. Under “General” is an option to use full screen when joining a meeting. 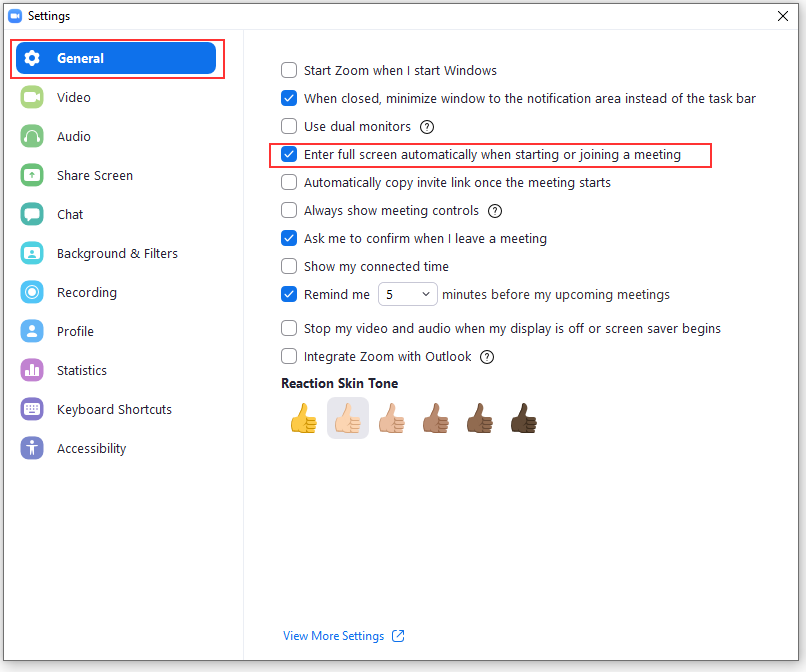 (3) Disable your video when joining the meeting — there’s no reason for anyone to stare at the wall behind my desk! 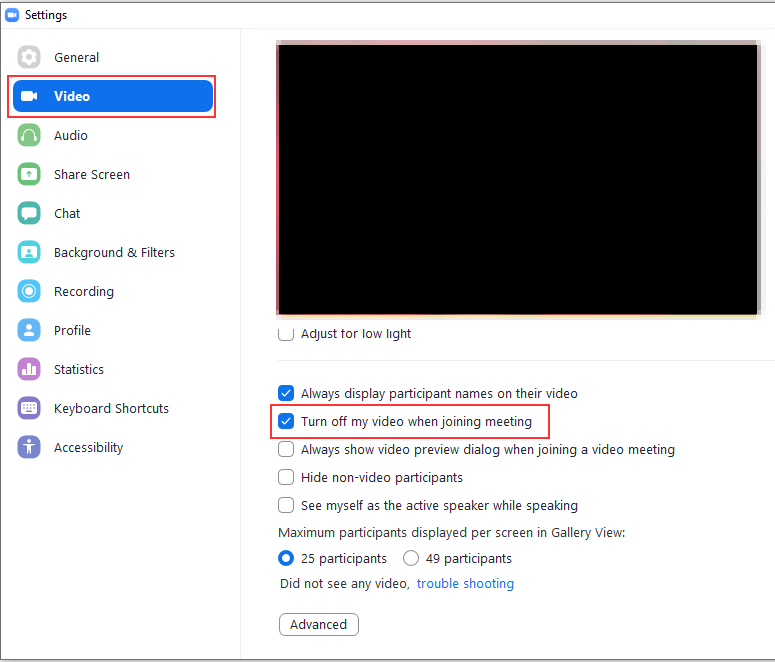 Hopefully these settings allow me to successfully record a Township meeting to watch later. In OBS Studio, I’ve got the audio input linked to my speakers and have the mic disabled as a recording source … this means someone talking near my computer doesn’t ruin my recording. There’s another meeting tomorrow … we’ll see if I’ve finally got it!

Update — this works unless the meeting organize throws up a “this meeting is being recorded” banner. In which case, you have a big dialog box in the middle of the meeting window. I give up, and we’ll just ensue someone’s at the computer to actually set up the recording.