I tried making body butter last year — it was not a success. There were fairly large chunks of solid oil. It worked, they melted eventually so it worked. But it wasn’t something I wanted to give away to friends. In researching, I found some people add sweet almond oil to the mixture. The amount of almond oil I found in recipes online proved to be way too much — the melted oil mixture never congealed. I ended up doubling my coconut oil, shea butter, and cocoa butter amounts. The oils became solid. When I started the mixer, there was liquid almond oil coating small chunks of solid oils and the chunks got somewhat liquidy. I still have really fine grains of solid oils, but they melt quickly. 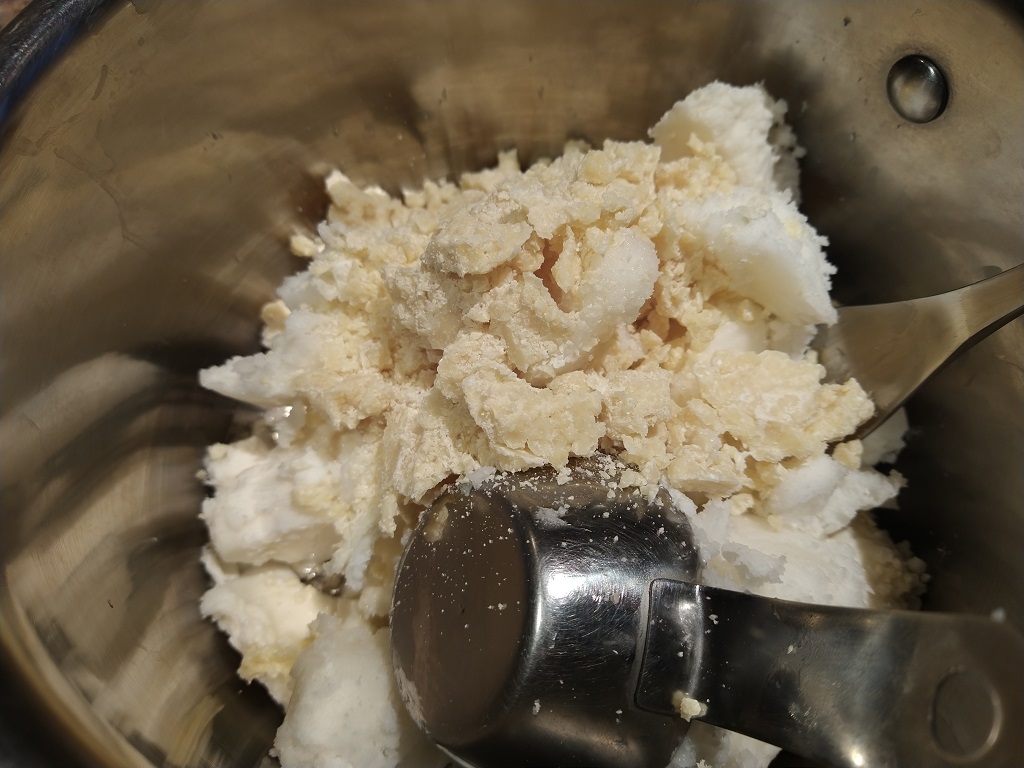 I melted it all in a pot then transferred to the mixer bowl and set the bowl outside to cool off. 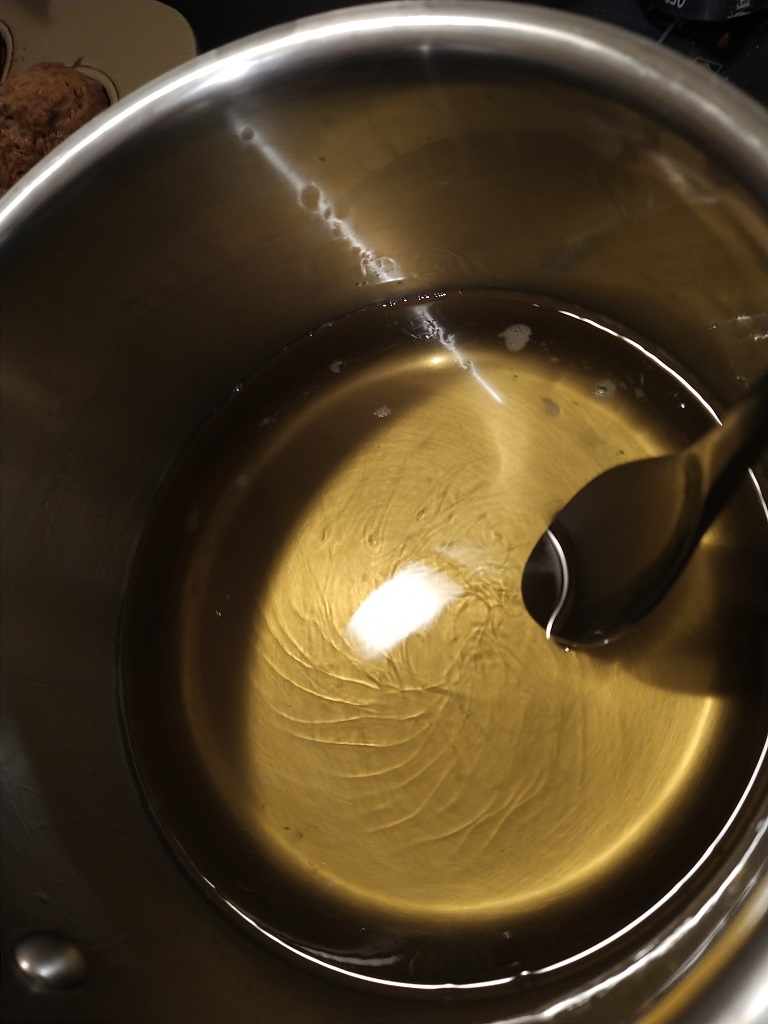 Once it had hardened, I used the whisk attachment on the mixer at a high speed for five minutes or so. It fluffs up a lot! I think the trick is to not let the oils fully solidify. My initial plan was to whip the oils as they cooled … but it took so long to cool that this approach was not practical. Setting the bowl outside to cool worked, but it needs to be checked frequently because there’s evidently not much time between “totally liquid” and “solid block”. 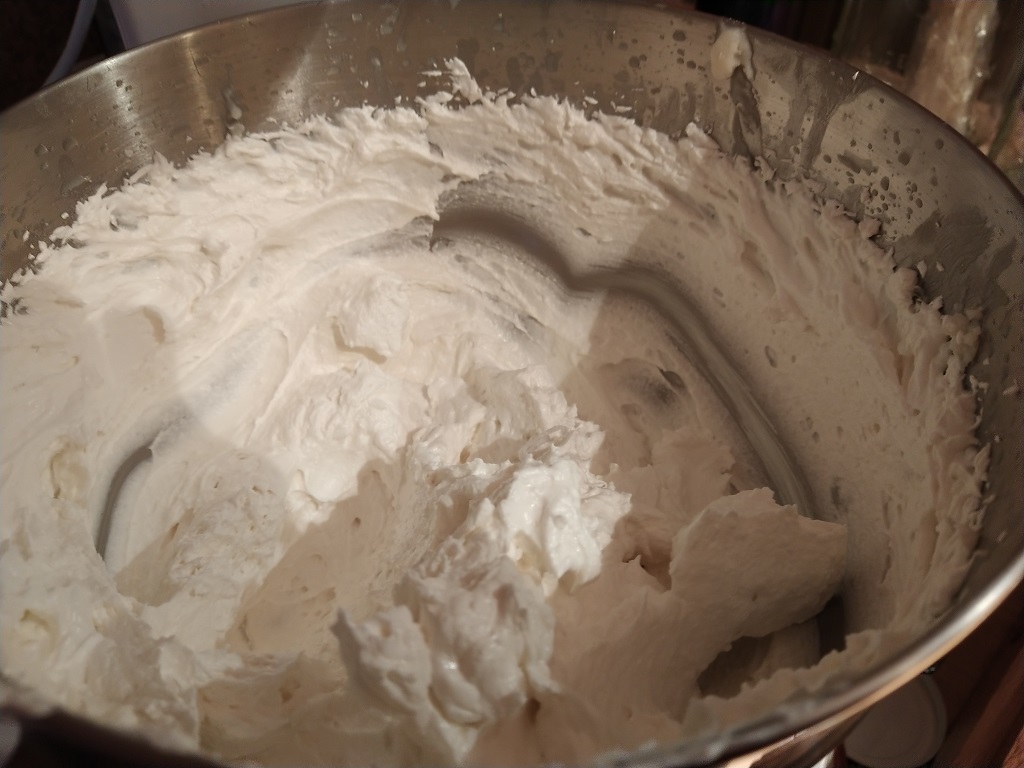