I’d published a breakout of the federal budget … and thought I’d update the pie charts with the 2016 budget numbers. Again, there’s discretionary spending — spending from appropriation bills and the full budget which includes spending for things like Social Security, Medicare, and Medicaid which vary depending on the number of recipients and how much each recipient is being paid. This doesn’t mean the non-discretionary components couldn’t be changed — there’s been discussion of means testing Social Security payments and Medicare eligibility — but these changes are generally considered politically untenable (would you vote for the guy who just reduced your SS cheque because you happened to have a pension or money saved in a retirement account?). 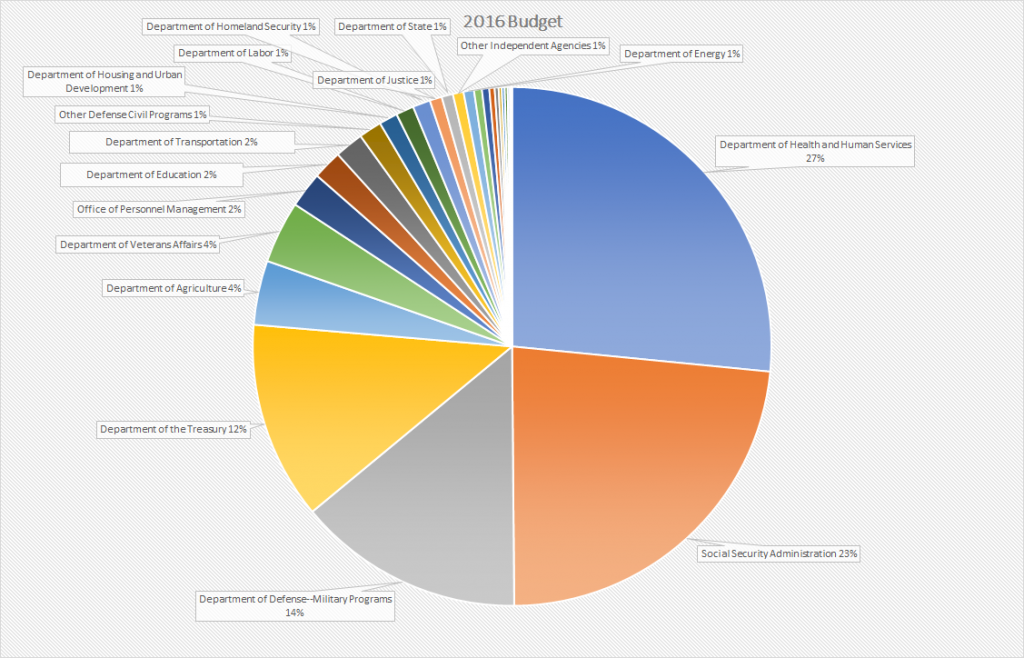 And the discretionary budget 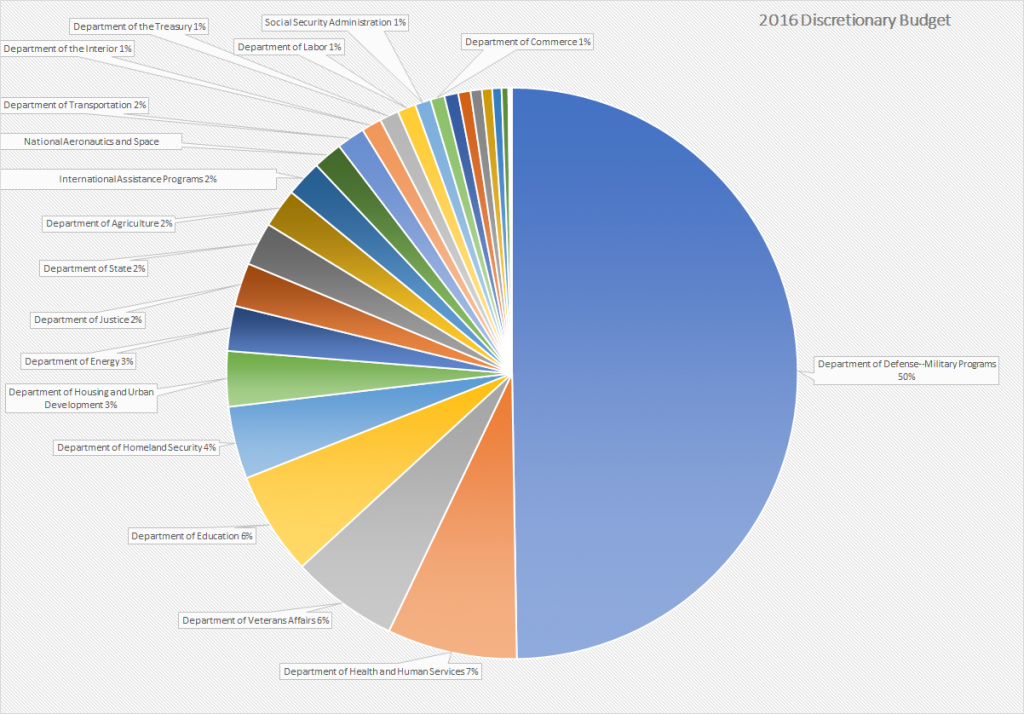